DA: How To Punch The Iron Fist Way 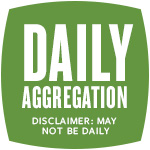 1. #MMIW PRESS CONFERENCE The Inquiry into missing and murdered aboriginal women held its first press conference today. It’s planning to get things rolling in the spring.

3. SASK TEACHERS: NO SLEEPOVERS WITH STUDENTS Seems like everyone should know this and yet.

4. SYRIA’S RULERS ARE STILL TERRIBLE Amnesty International says the regime hanged at least 13,000 people since 2011 at one particularly nasty prison. Can we accept the whole country as refugees?

6. THE DEADLINE IS IN ONE HOUR You can get more stuff done if you move up deadlines to “create panic”. I think we all knew this. This isn’t news, Steve. Jeez.

VIDEO: IRON FIST TRAILER Another guy who can super-punch things is coming to Netflix. Marvel’s Defenders are looking like a one-dimensional, punchy bunch.

DON’T TREAD 1: AWFUL EDUCATION SECRETARY TO BE CONFIRMED Good fight but one vote short. Hopefully this close call sends a message to DeVos that she needs to be not-deranged. LOL.

DON’T TREAD 2: A LYING LIAR WHO LIES Trump says the media isn’t reporting terrorist attacks. He shall be mocked.