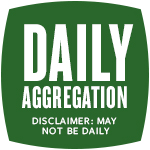 1. THIS WEATHER! Did I mention? Wind! Snow! Grounded planes! Eeek!

2. SASKATCHEWAN IS BACK IN SESSION The Legislature is sitting again and yesterday was the first day of spring session. And what a day it was! Brad Wall won’t sell SaskTel! Don Morgan has fresh ideas* to stop impaired driving! New MLA Ryan Meili is the NDP shadow critic for poverty! Out of province political donations are destroying democracy! As for today? Brad Wall wants to cut MLAs’ pay by 3.5 per cent. May I counter-propose five per cent, and 10 per cent for ministers and Premiers? I think I may! CONSIDER IT PROPOSED.

3. DEALS WITH DRAGONS Can Canada have closer economic ties to China when China is a human rights shitshow? First step: consultations!

4. DEPORTING CANADIANS You might be a fuck-up, but if you’ve lived in Canada all six decades of your life you’re OUR fuck-up. Meanies disagree.

6. WAIT, THE CIA HAS THE ABILITY TO GET INTO CELL PHONES? No way.

8. GEORGE MICHAEL IS STILL DEAD But now we know he died of natural causes. Continue resting in peace, good sir. You are  missed.

WORLD OF 100 What would it look like if the planet’s population was represented by only 100 people? Video swiped from the always excellent Kottke.