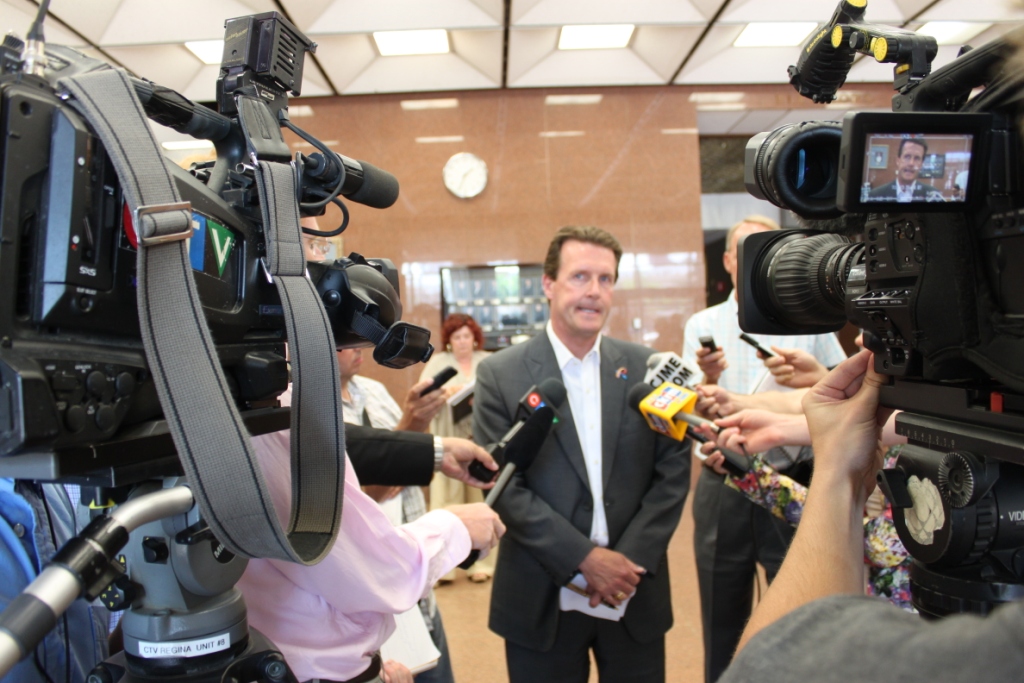 As I was worried might happen, Regina city clerk Joni “Nitpicky” Swidnicki has used an Orwellian definition of the word “date” to recommend rejecting a legitimate citizen petition with over 24,000 signatures. She did this, I can only assume, because City Hall is really, really scared it would lose a public referendum on their precious private water treatment plant. If you want the straight facts you can go to CBC or the Leader-Post, both of whom will have excellent, accurate reporting. Or you could read Paul Dechene’s post, which I haven’t read yet but assume is excellent. [Dechene here: It’s just so-so. Mostly I just retyped the clerk’s report and calculated a few percentages. I spent some of this afternoon acting as a meat shield for my kids during a hail storm. And right now, retyping is all I have in me.] As for me, well, I’m going to rant. So buckle up.

After this afternoon’s announcement at City Hall by director of governance and strategy Jim “No Questions” Nicol (I assume Nitpicky Swidnicki was hiding under a desk elsewhere in the building and therefore unavailable), Regina Mayor Michael Fougere came downstairs to address media. Fougere, looking dapper in his grey suit with his fabulous Fougehair gleaming under the foyer’s fluorescent lights, stressed that rejecting the petition had nothing to do with council’s wishes. Nope! He pointed out that the city clerk’s office is independent from council but he thinks the clerk’s decision is reasonable and CLEARLY everyone’s hands are tied but trust him, no one at city hall hates democracy or is a fascist.

And anyways council will meet on Monday to talk more about this. And blah blah blahdy-blah.

If I recall correctly (I was busy taking unflattering pictures), Fougere was asked by one reporter if he’d spoken to the clerk about the decision before it was released. Which would of course be insanely inappropriate. Instead of answering the question, he merely said, repeatedly, that the clerk is independent of council. Uh huh.

So what now? Well, council could greenlight the referendum anyway. They kind of better, in my view, because Nitpicky’s sense of what is and is not a valid signature is total malarkey.

However, I doubt Council will validate a referendum that Nitpicky Swidnicki worked so hard to sabotage (but definitely not on their behalf, nooo).

Yeah. I think Regina Water Watch will have to take them to court to get this referendum.

Council will review the report on Monday night. If you care about this topic, get your butt to that meeting to let these councillors know by your frowny-faced presence that you’re deeply offended by citizen petitions being squashed for bullshit reasons.

And when council rejects the referendum–and they will–don’t be a whiny, discouraged pussy. Just start fundraising for legal action.

More to come later and in next week’s Prairie Dog.

12 thoughts on “The City Of Regina Rejects RWW’s Petition Because Thousands Of People Who Signed It Didn’t Write The Year 2013 Next To Their Names… Wait, Seriously? You Really Expect People To Buy That Line? Well Okay Then. I Admire Your Chutzpah.”