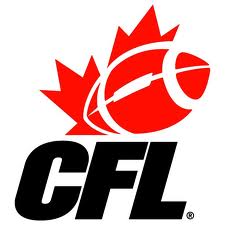 Canadian-born football players with professional aspirations will be pumped for tomorrow to come. That’s when the CFL will hold its 2014 draft in Toronto. The draft will consist of seven rounds. With nine teams in the league this year, that means 63 players will be drafted, with the expansion Ottawa Redblacks getting an extra two picks at the end to help bolster their roster. So overall, 65 players will be selected.

The draft order in the first round will see Ottawa pick first, followed by Winnipeg, Edmonton, Montreal, B.C., Toronto, Calgary, Saskatchewan and Hamilton. As Grey Cup champs, the Riders should pick last. But they switched picks with the Tiger Cats as part of a trade that saw the Green and White acquire linebacker Shomari Williams and punter Josh Bartel. In exchange, the Riders also relinquished a second-round pick they’d acquired from Winnipeg.

In the second round, then, teams will pick in the following order: Ottawa, Hamilton, B.C. (acquired from Edmonton), Montreal, B.C., Toronto, Calgary, Hamilton and Saskatchewan. The Riders won’t pick in the third and fourth rounds because of other trades they’ve made in the past few seasons, then they’ll pick ninth in the final three rounds.

The draft is open to Canadian-born players who have either suited up in the CIS or else south of the border in the NCAA. Heading into the draft, seven of the top nine-ranked players were offensive and defensive linemen with a wide receiver and running back also ranked high. The NFL draft was held May 8-10, and that always has the potential to shift the thinking of CFL teams as they’re generally reluctant to waste a pick on a player who seems destined to sign with the NFL.

As for the Riders, they’re well stocked on the offensive line, but took a hit on the defensive line and at linebacker in the CFL expansion draft and free agent period. So that’s maybe where GM Brendan Taman and head coach Corey Chamblin will focus  their efforts.

The league and players association still haven’t signed a new collective bargaining agreement. Teams are supposed to go to training camp in early June, but new CFL Players Association president Scott Flory has indicated the players won’t start the season without a new contract. So we’ll see what the next few weeks bring. And you can find more on the CFL’s top draft prospects here.