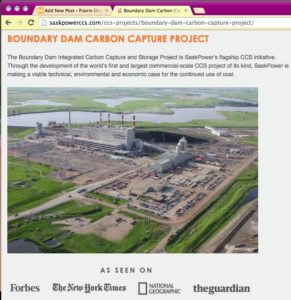 Did you catch the communications games your Crown utilities are playing with their rates? The Leader Post’s Bruce Johnstone ably breaks down SaskPower and SaskEnergy’s joint announcement which came out the Friday before the May long weekend. Here’s the thrust of that announcement in short…

• Oh no! SaskPower is increasing their rates by five percent come July 1!
• But that five percent only works out to $6 a month. Small beans!
• And SaskEnergy is lowering your bill by $1.70 a month!
• Put ‘em together and your utility rates are only going up $4.30 a month! Smaller beans!

• Ooooh… SaskEnergy’s rate reduction doesn’t take effect until November 1. Not July 1, like SaskPower’s rate hike.
• Double oooooh… SaskPower is hiking their rates by another five per cent Jan 1 2017.
• Put together that’s a $10.30 monthly utility hike starting next year.
• $10.30 a month is a lot more than the $4.30 a month the Crowns want you to pay attention to.

It was the old “Don’t look at the big cumulative hike a-coming, focus on the smaller one right in front of us” trick. I find it annoying but at least Johnstone wasn’t fooled.

And I have to say my annoyance turned into bemused schadenfreude when the NDP pointed out that the rate hike was, at least in part, needed to cover the still-evolving fiscal clusterfuck that is Saskatchewan’s carbon capture plant.

But then the schadenfreude turned to glee when it occurred to me (and this has been pointed out elsewhere, I’m sure) that that 10 per cent SaskPower rate hike represents (at least in part) the cost of offsetting our power grid’s carbon footprint — and that means, it’s a carbon tax.

I’m a big fan of carbon taxes. They’re awesome. I wish the federal government would impose one at the national level like yesterday. In the meantime, I’ll offer a hearty congratulations to SaskPower for introducing one this year. I didn’t think Saskatchewan would be seeing one so soon. Sure, it’s a small carbon tax. And it only impacts coal power generation. But hey, it’s a start. Good for you.

And, the next time Brad Wall goes off on how, with the economy struggling, now is not the time for carbon pricing, or how we can’t risk harming the energy sector over some “misguided dogma that has no basis in reality,” remember that, motivated by the misguided dogma that carbon capture is a good idea,* his government will likely be responsible for an extra, stealth price on carbon emissions.

Brad may not like it, but one way or another, our reliance on fossil fuels is going to hit us in the pocket book.

FOOTNOTE
* For the record, I’m not a fan of carbon capture. Not just because it’s a massive industrial investment to prop up an industry that’s outmoded and kinda awful. But also because I’m a carbon capture skeptic in general. Everything I’ve read about it makes me suspect it just can’t work. Not as well as they say, at least. And maybe not at all.