April is the polling month for Prairie Dog’s awesome and annual Best Of Food reader’s poll! I’m so excited that I’m showcasing one category every day until voting ends on Tuesday! Today’s spotlight: Best Cup Of Plain Old Coffee!

Two things about plain old coffee: first, if it’s good, it’s not plain. We’re only calling it “plain old coffee” to mark the difference between drip/French press/other basic brewing methods and fancy-schmancy coffees like cafe au lait, espresso, etc.* Regardless, if it’s a mug of tar that tastes like bug shit, it’s not the plain old coffee we’re talking about. Don’t vote for it.**

Second, I just noticed that if you mistype “plain”, you get “Palin”. I don’t know what kind of coffee Sarah Palin brews but it probably tastes like moose piss and sadness.

Anyway, coffee is one of the greatest things ever (along with good sex, ice cream, unicorns and exquisitely-crafted Hollywood blockbusters) and it should be on everyone’s top 10 list of reasons to not jump off a bridge. And when you vote for the best coffee in the 2013 Best Of Regina, you’re helping guide Prairie Dog readers (and their less-civilized friends and relatives who aren’t Prairie Dog readers) to sublime, nay, numinous caffeine-based taste experiences. And that’s a good thing!

So go here and vote for Regina’s Best Cup Of Plain Old Coffee! 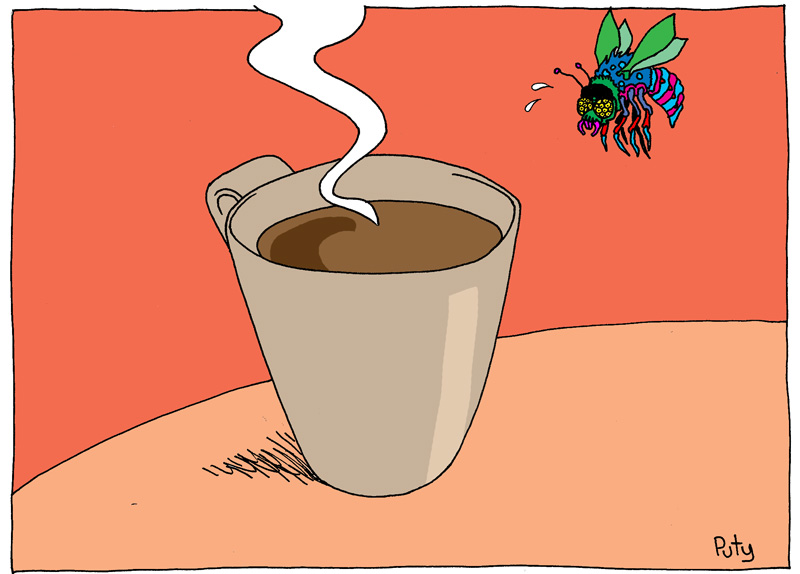 *Which you can vote for under Best Fancy-Schmancy Coffee, in fact!

3 thoughts on “Best Of Food: Coffeeeeeeeee!”