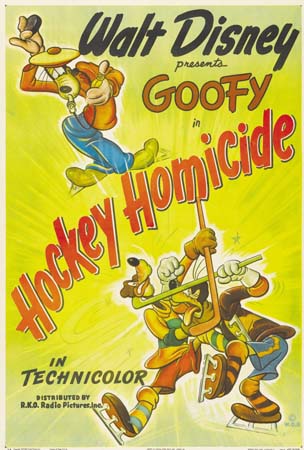 Offsides! Icings! CBA negotiations! Boy, hockey really has it all, don’t it? It’s great. I watched a lot of it this week, but for this edition of Aw NHL Naw, I’m going to go on a bit of a ramble about an award show I went to. Apologies all around. Please contact Prairie Dog for an apology voucher. Things will return to normal next week.

Award Tour: Since I left you, I had the opportunity to check out Canadian Music Fest: an event that combines Canada, Music and Fest-type activities. I had a goodish time. I saw some acts I liked (First Rate People, The Balconies, Rah Rah), and was turned away at the Chrvches show because my wristband wasn’t fancypants magical crystal level 10 enough. (Now I’ll never know if they’ll be the next Radio 4 or whatever. *gasps* *farts for 20 minutes* *gasps again*) EXCITING STUFF! There are worse ways to spend a few nights out in March.

On Friday, I went out to the SiriusXM Indie Awards. It was an event that sounded super phony, which was totally cool by me because I love phony things. Plus it was the portion of the CMW guide where a bunch of bands were scheduled to be performing in 20 minute slots which means they’d be BRINGING THA FUCKING HITZ DUDEMEISTERZ. That’s fun, right? I’ve never had any real interest in seeing an hour of Cold Specks, but 20 minutes? You bet yer Moonshoes I’m onboard. Here’s how it went:

1) The show was at Kool Haus, a place burned into my mind as a kid thanks to always appearing in the MuchMusic concert listings. (Lee’s Palace, the Commodore Ballroom and like nine other Canadian venues were the only places you’d see concerts go if you were watching Much.) I always wondered what the Kool Haus was like growing up. Was it Kool? And if so, was it “Kool” because it was a place that had a delicious menthol flavour or was it “Kool” only to white supremacists that prefer words that start with the letter “K”? EXPLAIN YOURSELF, VENUE!

It turns out Kool Haus kinda sucks balls. (But not because of the white supremacist theory I floated earlier, so that’s sort of a plus.) It’s this gross barren space that’s a mixture of a nightclub and a place for “youth-oriented” product launches. It’s not so much that the place lacks any soul, but instead the soul is of an exec at EnergyDrinkBlastCo that wants a hooker to spit in his mouth in the handicapped bathroom stall. Also, Kool Haus is one of those places where they have “professionally attractive” bartenders, which is something that feels fundamentally unCanadian at its very core.

2) When I walked through the door I immediately G.O.B. Bluth’d out. Holy shit, I got what I wanted times twenty. Record label goons, douchey doucheness, scummy hanger-ons (I think that’s my category), boys and girls that love to scream “wooooo!” while spinning around and every other cliche there is about “hip” music award shows. I wanted phony, I got it squatting all over my face. Too bad tonight’s edition of phony wasn’t much fun at all. (It’s a delicate balance!) I kept my head on a swivel just in case we were about to get a speech on how BlackBerry was going to turn it around.

(Full Disclosure: I morphed into a sulky teen five minutes into being there. So that makes me the biggest douchebag at the event by far.)

3) They had a giant screen behind the stage. Before the show, the screen was just a constantly updating rundown of tweets people were knocking out with the award show hashtag. I’m happy to note that my tweet about the show appeared on the screen for a bit. The big plus of the screen was that each act got to have their logo behind them during their set. Sort of like how wrestlers used to have logos in the background when they cut a promo about how they were coming to (your town) and were going to out sports entertainment their opponent.

4) The first six acts (more on them later) got to knock out 7-12 minute sets and when acts weren’t onstage, the host (who was a SiriusXM higher up) would make jokes, trot out presenters and award winners would come onstage to snap up their award (a guitar) and make a speech. There was also an “earlier tonight awards were won by” thing that happened after every award segment. Holy shit did this audience love Mumford & Sons. Like they went nuts when they won an “international” award. (Same with The Lumineers. Big fans of office folk, this crowd.) They weren’t crazy about Carly Rae Jepsen, which is some horseshit because she’s great. (Yes, these are the acts that win at an award show called the “Indies”.)

5) Cadence Weapon did a very brief set off the top. I dug it, but I was bummed “Hype Man” was trimmed down. My “short sets sound neat NoneMoreHits” hubris came back to bit me in the ass. Wait, is it in the ass or on the ass? Both sound unpleasant. Anyway, Cadence Weapon = good. Still disagree with that Juelz Santana review he wrote a long ass time back, though.

6) I got to see 4 times platinum in Australia (MOVE OVER ESKIMO JOE) recording artist 360. He sucked balls. I’m not sure if all Australian rap is that garbage, but fuck me that was terrible. It was a mixture of Taio Cruz style resort jamz and white guy crossover hip-hop.

7) Of all the presenters that stuck out in my mind, Dirty Radio were easily the most irritating.

8) The third act to preform were Canailles, who were this horrible muggy Quebec bluegrass/cajun street performer act that  played this irritating brand of tourist trap music. PEOPLE LOST THEIR SHIT OVER THESE GUYS! Their album is probably the one album my mom buys this year. (She won’t take it out of the package though. That’s my mom’s approach to music.)

9) The Wooden Sky were act number four. They were aggressively inoffensive, but lacked the charisma to ever appear in the record review section of Non-Threatening Boys magazine.

10) Cold Specks was good. The sort of good where I recognize what I’m seeing is good (like a photograph of a lighthouse at a gallery) but have no interest in ever experiencing again.

11) Yukon Blonde were okay. I looked at them and they played music.

I bailed after Diamond Rings because I’m not much of a fan of the remaining acts (Matt Mays, Metric) and if I didn’t run home to watch Grimm and eat hot wings n’ pizza bread before midnight WHAT MIGHT HAPPEN TO OUR FRAGILE ECONOMY? It’s a tough life, but I always need to remain vigilant for the sake of the Canadian people.

Have a fun hockey parade this week. The column will be at MAXIMUM hockeying next week.

Hang out with Dan on Twitter or in the comments. He’s a platinum tank enthusiast.