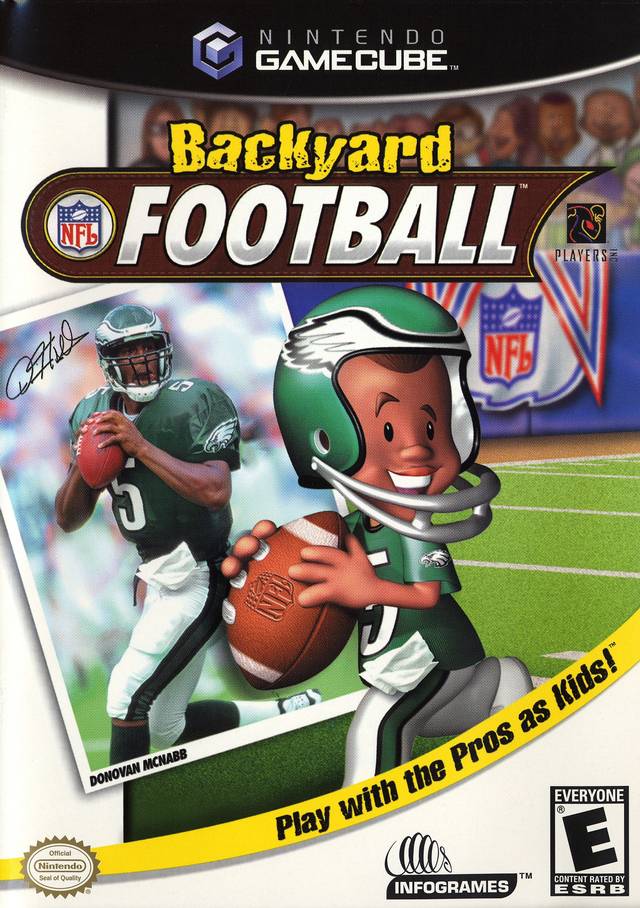 Both Donovan McNabb and I are unemployed. We have quite the bond. You don’t have to be unemployed to read this week’s Aw NFL Naw, just check it out after the jump.

In the trailer for Two For The Money, Al Pacino shouts something profound at Matthew McConaughey. Pacino yells:  “If you want something from me, you’re going to have to rip it from my tal-lawns!” Pacino means “talons”, but he really spaces out the word and it gives the scene an exciting sense of danger. I didn’t understand what he was saying until I delved into the world of sports gaming (which the film is based on, film fans) and now I know the world of razor sharp tal-lawns.

I should probably fess up, I’m not really in the world of gambling on sports. I’m barely in the lobby of it. I’ve started playing the occasional $2 Pro Line ticket and that’s a lot of money for my broke ass to dole out on something that I’m aggressively shit at. It turns out I am bad at prognosticating. I start thinking I see all these John Nash style patterns (Colt McCoy rhymes with Bolt Luba Goy, kinda) and that I’m figuring it all out. Maybe I’m the only one to figure out that the Philadelphia Eagles are performing below expectations this year. I better start buying varnish so I can clean my future earnings vault. What’s that? The Falcons lost? Fuckdammit! I better start taking a hatchet to all the objects in my apartment that allowed this happen with their bad luck. You’re going down first, front door!

One thing I have enjoyed about the experience is that there has never been a good picture taken of someone that has won a Pro Line ticket. It’s like they use a special brand of Kodak film that makes all the people that get photographed look like they are praying this news does not get back to the kids they refuse to pay child support for. We white people sure love the hell out of denim and hats that let people know how we feel about things, don’t we?

One Of Mariah Carey’s Best Singles!: I love fantasy football. You may also love fantasy football. That’s cool, because fantasy football is all polyamorous and junk. The one thing that people don’t love about fantasy football is fantasy football stories. We all have them and we imagine they are amazing tales to tell, but no one else gives a shit. It’s the same thing as stories about having problems with your roommates. You may think you have a compelling yarn to tell about how your roommate’s iguana threw up in your bed and your other roommate’s girlfriend threw up on said iguana thirty seconds later, but your friends will tend to disagree. It sucks, but it’s a necessary part of the human condition. I would love to tell you how Matt Forte’s injury is fucking up my team’s playoff roster, but I know you (rightfully) couldn’t give a shit about that or how the next four weeks will play out for the MacRae managed Dracula City Frankensteins. I accept that.

The exception to the “no one wants to hear about your fantasy team” rule is The League and part of their charm is that they know enough to keep that content light and focus on being amazing.

Commemorating A Season Of Not That Badness: Jim Harbaugh suggested that Frank Gore have his own statue now that he’s San Francisco’s all time rushing leader. Sadly, no word on whether or not we’ll see the installation of a kiosk to commemorate Elvis Grbac’s time with the franchise.

No, I couldn’t find an embeddable clip of when Mayor Quimby unveiled the Jimmy Carter statue on The Simpsons. I apologize profusely for this blunder and encourage you to shout “he’s history’s greatest monster!” at any statues of Carter you see in your home.

Kansas City Is Where The Magic Comes Alive: The Kyle Orton Sweepstakes have ended. The Chiefs are now the owner of a likable quarterback that managed to wang his hand on a charging opponent’s helmet within seconds of entering the game. The Kyle Orton Sweepstakes were great because they weren’t the Brett Farve Sweepstakes. I wish Brett Farve no ill will and I hope he’s successfully convinced his wife to wear Wrangler brand lingerie, but we need the Farve speculation to end. It’s not news, it’s not fun and it doesn’t need to happen. Just let Farve do ATV donuts in the parking lot of NASA and keep him away from football type things.

Week 14 Game To Watch With Your Eyeballs And/Or Listen To With Your Earpowers: Giants at Cowboys. Who will pull themselves out of Disaster Gulch first? It’s a bit weird that this is what’s become of the mighty NFC East, a hyped up division that now is a battle of Who Can Fuck Things Up The Least? If things get dull during this game, don’t hesitate to talk your friends into recreating the stabbing with scissors incident that pepped up Michael Irvin’s life over a decade back. It’s a great way to get to know people and feel like you’re on cocaine.

Week 14 Game To Not Watch With Your Eyeballs And/Or Listen To With Your Earpowers: Rams at Seahawks. Arch at Space Needle. Monument Genital Jokes at Not Much Else.

Not To Be Confused With Socrates Hut: Now seems like a good time for Regina to open up a Plato’s Retreat franchise.

I Apologize For Posting This Column A Day Early, Here’s An Additional Video That Will Hopefully Make Up For It:

Feel free to harass Dan on Twitter or in the comments. He won’t be at Pass The Hat this week, but you can be. Friday, December 9th, Harvard Civic Center The Club, Pay What You Like. It’s certain to be a magical evening of comedy and campaign finance debate. That last bit is more of a “time permitting” thing