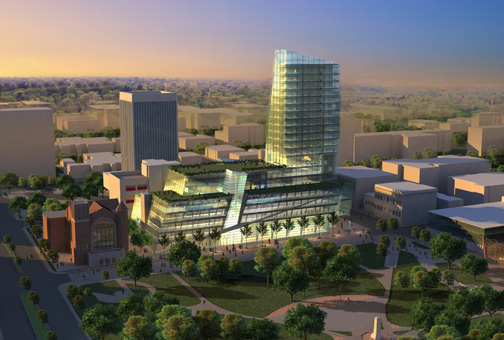 In a bold gambit to at least appear as if the reworking of the Regina Public Library’s Central branch is somehow as important as STADIUM STADIUM STADIUM, the City of Regina has asked the provincial government for $100 million extra to fund both projects. (CBC) Granted, the library is still being referred to as the RPL while the stadium gets its fancy “Regina Revitalization Initiative” title, but baby steps, here, people.

Well, maybe. It’s worth noting that the stadium money is also lumped in with capital infrastructure projects, like an upgrade to the wastewater treatment system. And it’s also worth noting that we know neither what the new library building will look like nor what the new stadium’s design will be, so really this $100 million could go anywhere, pretty much. Oh well! The future is an exciting and expensive place. So what if its architecture is shrouded in seemingly perpetual mystery and yet City Hall is expecting the provincial government to foot part of the bill?