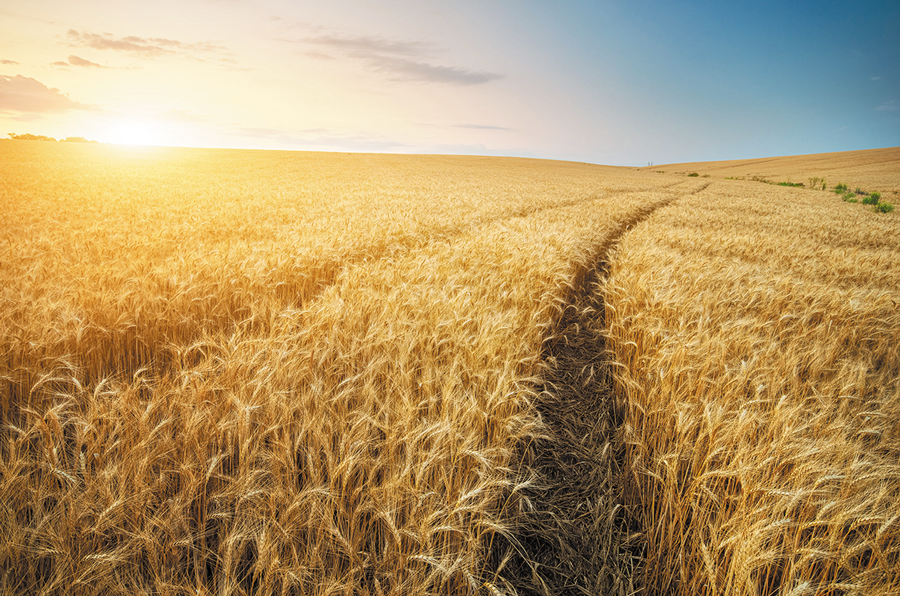 We’ve done Best of Food now for 15 years. Needless to say, this is the weirdest one yet. Usually, it’s a lot of fun to showcase all the great restaurants, bars, coffee shops, bakeries, microbreweries and whatnot voters have singled out for praise. But with everyone still in recovery mode after the pandemic lockdown it’s hard to feel celebratory.

And at its core, Best of Food is a celebration of Saskatchewan’s ever-evolving food culture. In that spirit, we asked Saskatchewan food writer Amy Jo Ehman to highlight some of the factors that have shaped the provincial palate from pioneer times to present day.

Ehman is the author of two books on Saskatchewan food: Prairie Feast: A Writer’s Journey Home For Dinner and Out of Old Saskatchewan Kitchens. She says an important early factor was the diversity of settlers who arrived during the 1900 to 1930 settlement boom. British (and American) influences were strong, but immigrants also came from Ukraine, Germany, Scandinavia and other parts of eastern and northern Europe.

“It brought a tremendous diversity to the traditional cuisines of Saskatchewan,” says Ehman. “But it was tempered by the fact that ingredients people would’ve loved to have from their home country weren’t available here, like any kind of fish or other seafood, different cheeses and oils, like olive oil. Things like that weren’t available in Saskatchewan.”

Remember, this was back before refrigeration, supermarkets, rapid transport networks and other modern conveniences that let us enjoy fresh meat, fruit, vegetables and spices year-round. Nonetheless, Ehman marvels at what cooks in settler times were able to accomplish.

“When I wrote my cookbook Out of Old Saskatchewan Kitchens, there are so many different ethnic recipes in there,” she says. “But when you look at them, there’s not a huge list of ingredients. It was just people using the same ingredients in different ways to make different dishes. It’s like alchemy, and kind of amazing.”

Even before the settlement boom, Saskatchewan’s dominant British food culture was being impacted by immigration. The trailblazers there were Chinese men who came to Canada in the 1880s to help build the western portion of the Canadian Pacific Railway.

Once the railway was completed in 1885, says Ehman, many stayed in Canada and opened small businesses. “Chinese restaurants started popping up across the Prairies, especially in railroad cities. But they didn’t do Chinese food. Instead, the food was pretty much based on the British tradition.

“But at the same time, you can imagine that the Chinese families who ran the restaurants weren’t eating that food. They were eating their own food,” says Ehman. “And I guess at some point an adventuresome local person would’ve asked ‘Hey, can I try what you eat?’ and then found out that they liked it.”

Eventually, says Ehman, Chinese restaurants started having two menus. “One would be a traditional Western menu with the hamburgers, grilled cheeses, pork cutlets, mashed potatoes. Then there would be Chinese dishes adapted for the Canadian palate, like chop suey, or that may not even have been served in China such as ginger beef, which I think is a North American invention.”

The next big development in the restaurant industry was also spurred by immigrants. That came in the post-World War II Baby Boom period when immigrants from Greece and Italy arrived in Saskatchewan.

“They didn’t come here to farm like earlier immigrants, and opening restaurants was a really great way to integrate into the community,” says Ehman. “It was a way of settling into the community, making connections, and then branching out from there. And people really enjoyed the dishes and flavours they got at those restaurants, so they welcomed them.”

That last point is important. People with a passion for different food traditions can open all the restaurants they want, but if locals don’t support them they won’t survive. In Saskatchewan’s case, says Ehman, soldiers who’d served overseas and then returned home were an important factor.

“When they came back from other parts of the world where they had been serving, they’d got accustomed to trying other people’s foods,” says Ehman. “So there was more of a worldly acceptance in Saskatchewan of what other people were eating and a willingness to give it a try.”

Authentic ingredients were still hard to come by, and, like with Chinese restaurants earlier, there would have been a tendency to “Canadianize” the menu with offerings like dried ribs (which Ehman says is another North American invention) and  “Regina-style” pizza. Still, it was a significant advance.

Saskatchewan’s restaurant story doesn’t end there, of course. And as with past chapters, immigrants are at the forefront of the latest one.

And the range of countries and cuisines they represent pretty much spans the globe.

“Just the other week, I visited a friend’s cabin on Lake Diefenbaker,” says Ehman. “The closest town was Elbow, and we went into town for the evening. There’s an authentic Mexican taco truck on main street! It’s fabulous to have all these flavours of the world come to us here in Saskatchewan.”

Over the last few decades, Saskatchewan has morphed from a largely rural to a predominantly urban society. But there’s still a strong rural component to our character, and the connection that entails with the land through farming, ranching and gardening is another big factor that has shaped our food culture, says Ehman.

“I think it’s still present,” she says. “When the local food movement emerged around 2005, I think it was more feasible in Saskatchewan than elsewhere. Many of us still had family on the farm, or we were just one generation removed from the farm. We still had that connection, or at least knew someone we could call who would come to the city with what we were looking for.”

In 2005, Ehman started a project (which she later chronicled in Prairie Feast: A Writer’s Journey Home For Dinner) to eat only Saskatchewan food for a year.

“It was hard to get started because there were no websites, and the farmers’ market was only really in the summer, so I didn’t know how I was going to make it through the winter,” says Ehman, who lives in Saskatoon. “But once I started calling around and making connections, it was as close as Humboldt, or Biggar, or other places near where I lived.”

Since then, the local food movement has grown by leaps and bounds as people recognize the benefits not just to their health and well-being, but also to the local economy and the environment, of eating fresh, nutritious, locally produced foods.

“That’s not just on our home dinner tables, but in our restaurants as well,” says Ehman. “The idea of going to a restaurant where you’re going to find a seasonal menu with ingredients purchased locally, made by a chef who pays a lot of care and attention to doing wonderful things with local ingredients, that is such a wonderful opportunity when eating out these days.”

COVID-19 is still spreading — and in some instances raging — around the world, and the final impact of the restrictions we’ve had to endure and the health concerns we’ve had to cope with on our food culture is still to be determined.

But the pandemic has had an impact, says Ehman.

Some of that is bad, for sure, as restaurants and bars struggle to survive, and some even close. But on the plus side, Ehman says, more people seem to be gardening and home cooking.

When the lockdown was in its early days, she recalls, she visited a favourite store in Martensville that sells local food products.

“I remember thinking ‘Oh, how terrible this pandemic is going to be for them and that I better make sure I continued to support them.’ What I found, though, is I was one of a zillion people who had the same thought. They were flooded by people who wanted to shop and cook local. So as strange and as weird as the lockdown was, that was one of the wonderful outcomes.”

Food does more than just nourish our bodies. It also nourishes the social and emotional bonds we have with each other. And that quality has been on full display during the pandemic as well, says Ehman.

“When the lockdown was announced, and people were rushing out to get groceries, what were they putting in their carts?” she says. “You were putting in those familiar things that you knew you and your family liked. It was a difficult time, an uncertain time, but the one thing you could offer your family was the familiar foods that they liked and that brought you together.”

On her website (ajehman.com), Ehman even did a blog post on six comfort foods she found herself drawn to during the lockdown.

“We couldn’t run out and buy anything else,” she says. “We couldn’t experiment, we couldn’t entertain. So there wasn’t that thing where people were saying ‘Let’s do something different tonight.’ I found I was doing the same roster of things over and over because those were the ingredients I had on hand.

“It has a parallel with the slow food movement, but people weren’t doing it to be part of a movement, it was just instinctual,” says Ehman. “The idea of shopping for food that’s produced where you live, taking the time to prepare it in your home, and then serving it to people you love and care about — I think that’s going to be one of the truly wonderful things about this time when families look back at what they were able to gain and share.”

EDITOR’S NOTE: Readers may recall there were people eating food in this place for thousands of years before it was a province called Saskatchewan. That’s a big topic that goes beyond the necessarily limited scope of Greg’s article but it’s definitely not beyond the scope of this publication, and we hope to explore it in the future.