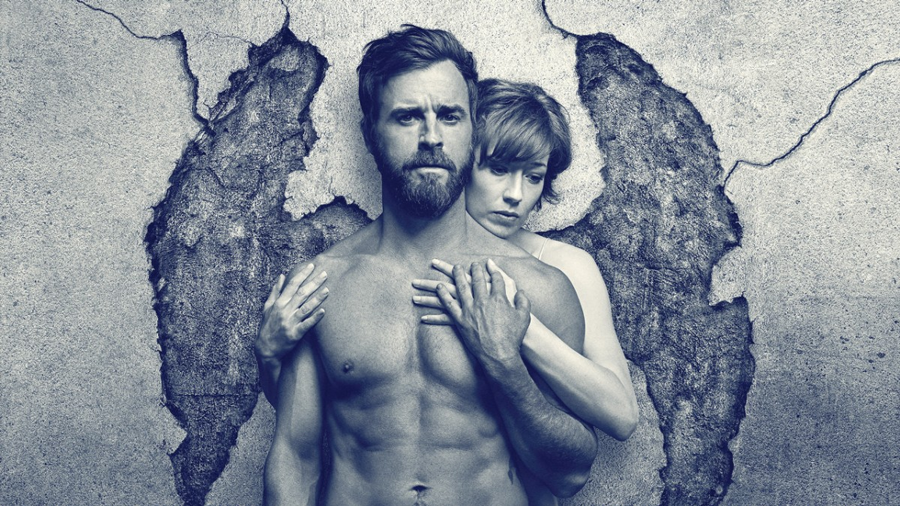 Note: possible spoilers for so many shows.

Greetings. Are you reading this column from the post-apocalyptic future? Let me catch you up: back in my day, culture consisted of more than huddling in caves and telling fanciful stories in between visits from mutant raiding parties or genetically enhanced corvids. We had these flat rectangles called televisions, and little people lived in those rectangles. They acted out stories for us, and in return we would smush food onto the rectangles and rank their efforts in newspaper columns.

Now that the decade is closing out, it’s time to take stock of all the frantic rectangular goings-on and produce a list of the best things those screen-folk showed us. If your favourite program of the aught-teens isn’t included or praised sufficiently, it’s because you have bad taste. Or I do. Who can say, aside from those super-smart corvids who will one day knock us down from our perch atop the food chain?

BEST CANADIAN COMEDY SHOW It’s not Schitt’s Creek. Or Kim’s Convenience. Or Baroness von Sketch. It’s definitely not Workin’ Moms. The title of Best Canadian Comedy goes to Letterkenny, the ridiculously inventive small-town comedy. It may be the most Canadian thing you’ll ever see. The first episodes lean into puerile humour a bit too hard, but once it finds its voice the show is addictive.

BEST EPISODES OF BREAKING BAD DIRECTED BY RIAN JOHNSON Yes, that Rian Johnson, the one who made a bunch of dillweeds angry with The Last Jedi and revitalized the whodunit with Knives Out. Johnson directed “Fly” (3.10) and “Ozymandias” (5.14), two of the most stunning episodes of one of the decade’s best shows.

BEST SHOWS ABOUT SPACE The aught-teens were a great time for space. Elon Musk sent a car into it, Sandra Bullock pretended to float around in it, millennials wanted to disappear into it. And the shows! Star Trek: Discovery revived the franchise and gave it a Black female lead. The Expanse moved from SyFy to Amazon Prime for its fourth season, bringing a Bezos-sized budget to its tale of far-future political intrigue and orbital mechanics. Most fun of all was Killjoys, a Canadian space fantasy that riffed on the genre and brought Buffy-like crackle to the dialogue.

BEST SHOWS ABOUT THE FUTURE Here’s the paradox about the future: shows set in the future are always about the present, while shows about the future are often set in the present or a particular historical moment. Person of Interest started as a case-of-the-week vigilante procedural with a sci-fi edge, but by the end of its run POI was set in a full-on dystopia secretly governed by a warring AI. Halt and Catch Fire began modestly as an ’80s-set Mad Men knockoff at the dawn of the personal computing era but mutated into an examination of where our tech-driven society is heading.

MOST IMPROVED SHOW You know how everyone has that one favourite program, the one they urge you to watch, but with the caveat that the first few episodes or even first season is pretty terrible? These shows seem to inspire a cult-like devotion, and I theorize that the grunt work of suffering through clumsy setups and undercooked characters is what allows us to bond so fiercely. Case in point: Legends of Tomorrow, a CW/DC show that gathered up its C-list superheroes and lathered on a thick layer of self-importance. It was painful to watch until the show realized in late season two that a series about a bunch of time-travelling pansexual screwups could make for dynamite television if it leaned into the absurdity of its premise. And oh, how it did.

BEST MONOLOGUES Who needs a conversation when you can settle into the groove of a single voice? Honorable mention goes to Matthew McConaughey’s hypnotic drawl about death and nihilism in the first season of True Detective, a show that was never as good as it claimed but still threw out the occasional spark. Second place goes to the virtuoso episode-length eulogy delivered by Bojack Horseman in “Free Churro,” in which Bojack excavates the poisonous legacy of his family and buries his mother in bitter and sorrowful speech. First place goes to the closing monologue delivered by Nora Durst (Carrie Coon) at the end of The Leftovers, which was probably the best show of the decade.

MOST TERRIFYING SCENE/MOMENT/LINE OF THE DECADE Agent Dale Cooper, utterly unmoored, stumbling into the street of a place that is no longer Twin Peaks but a town in the real world, asks “what year is this?” As if any answer could help him. He isn’t even Dale Cooper anymore. Twin Peaks: The Return, long anticipated by fans of the original, turned out to be an 18-hour lesson in the folly of nostalgia. You can’t go home again, but you can watch a bug-frog thing crawl into a girl’s mouth.

BEST SHOWRUNNER Having learned a thing or two from Lost, Damon Lindelof came back in the aught-teens with The Leftovers and Watchmen, two of the most extraordinary series ever to appear on television. The other contender is Mike Schur, mastermind of the workplace hangout comedy, who gave us Parks and Rec, Brooklyn Nine-Nine and The Good Place. And then there’s Phoebe Waller-Bridge, who pulled off Crashing, Killing Eve and Fleabag.

BEST DAN HARMON SHOW The contenders are Community (sans season four) and Rick and Morty. The R&M fandom is too obnoxious, so Community it is.

BEST SHOWS YOU HAVEN’T SEEN The only bad thing about Terriers was its title, which gave people the impression the California noir series was a reality show about dog breeders. Instead, Terriers showcased Donal Logue (Stumptown) at his most charming as a barely functioning private investigator who stumbles into a criminal conspiracy. It was a joy to watch, but it ended after only eleven episodes. Also on the criminally underseen and prematurely cancelled list: Lodge 49, The Get Down, Cloak and Dagger.

BEST SHOWS I HAVEN’T SEEN People seem to love these, but I couldn’t say. Maybe you love them? Shrill, Succession, Insecure, Better Things, Baskets, Better Call Saul and so many more. There’s so many! How many shows does Netflix have about unshaven European detectives who talk to the dead? 20? 50? This is absolutely killing me.

WORST FINALE I know what it is, you know what it is, alien civilizations probably know what it is. It rhymes with Schmame of Schmones and its political vision turned out to be a technocratic empire governed by semi-competent landowners. It could have been satire if it weren’t so clearly the product of creative burnout.

WORST SHOW I pity the poor souls who attended an IMAX screening of the premiere episode of Marvel’s Inhumans, an immensely shoddy and ill-conceived project exiled from its position on the MCU movie lineup and frogmarched onto network television. Even in its best moments, Inhumans resembled early-’80s comic schlock as a superpowered royal family from the moon (?) wandered around Honolulu and struggled to understand things like money and human speech. Yikes.

SHOWS I’M MOST LOOKING FORWARD TO IN THE NEXT DECADE Second seasons of Russian Doll and Watchmen, a fifth season of The Expanse, the final season of The Magicians and an infinitely unscrolling spool of Legends of Tomorrow.