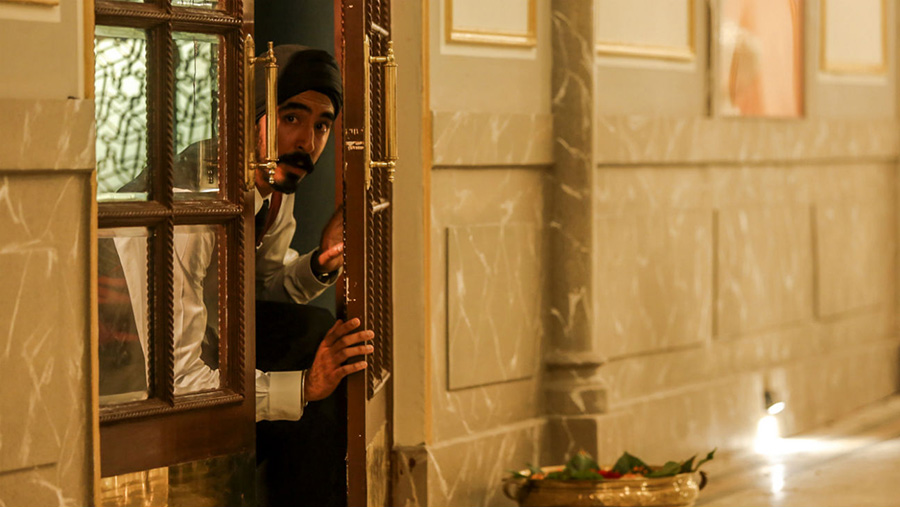 Hotel Mumbai is not your traditional based-on-true-events drama. This retelling of the horrific November 2008 event in which Islamist terrorists killed over 160 people,  is a pulse-pounding thriller that subverts expectations both of the genre and Western cinema’s racial politics.

Hotel Mumbai dedicates equal attention to the guests (Armie Hammer, Jason Isaacs, Nazanin Boniadi) and the staff (Dev Patel, Anupam Kher) of the Taj Mahal Palace Hotel. The workers courageously did their best to save as many visitors as possible. Some didn’t even have to be there.

Unlike in most thrillers of this nature, director Anthony Maras never takes the foot off the gas. There’s no breather. While it’s nearly impossible for a movie to reproduce the terror of hiding from gunmen bent on killing you, Hotel Mumbai gets uncomfortably close. The film also portrays heroism in realistic fashion: there is no “good guy with a gun” scenario. Just small acts of bravery, kindness and generosity that added up to save a few dozen lives.

Last TIFF I had the chance to interview Hotel Mumbai’s Armie Hammer, Nazanin Boniadi and Jason Isaacs, and director Anthony Maras. At least for a couple of them, their involvement transcended the role they were asked to play.

Anthony, your main characters have real-life referents, but they are not playing the actual subjects. Why did you make that decision?

ANTHONY MARAS: It was a conscious choice from the outset to deal delicately with the subject matter. Chef Hermant Oberoi was a public figure prior to the attack, so we used his name. In the case of the other survivors and those who had fallen, we decided to conceal their identities out of respect for them, their families and those still traumatized by the experience. As for the events in the films, they are based on true experiences. Some incidents were so horrific, we chose not to include them in the narrative.

To the cast: Do you need to relate to a character to play them, and how did you connect with the ones in Hotel Mumbai?

ARMIE HAMMER: It helps. In this case, my character is a family man who is put in a very difficult situation: he has to choose between staying with his wife and trying to keep her safe, or leaving to protect his child. It’s a position no parent should be ever put into. Being a dad made it easy to draw from my own emotions, but thinking how I would react in the same situation made it really taxing.

JASON ISAACS: I don’t take a job if I think a character has been written for its effect on an audience. There has to be something there that feels truthful. Even when a character’s behaviour looks repulsive or immoral, it’s because they have a worldview that has taught them that’s the way to be. [My character Vasili] is an arrogant, dismissive, cynical, wealthy entitled man, and what I love about his journey is that when all that is stripped away and the stakes are the highest they have ever been, he discovers new things about himself.

Did the level of tension the film sustains surprise you?

AH: It caught my attention. Upon seeing it with an audience for the first time, there were moments I was not expecting that people would laugh at. I figured it was because the tension was so pervasive, as soon as there is a chance to take a break, it would be like a release valve.

I feel the presence of Armie Hammer and Jason Isaacs is a bit of a red herring. If this was an American movie, they would have pulled a John McClane.

AM: There is no way we would have had them save the day because that’s not what happened. There was a special forces team guarding cricketers staying at the Taj on the top floor. They assisted in the escape, but they couldn’t do much because they didn’t have their weapons. Jason Isaacs’ character has that kind of background. If you keep an eye on him, he is always looking for a way out, but he is not going to take an insane risk. It’s not a story of a white dude saving the day, it’s the everymen — the Indian staff members; Hindu, Muslim, Sikh.

Nazanin, to what extent does your human rights advocacy inform the roles you take? [Nazanin is an Amnesty International spokeswoman.]

NAZANIN BONIADI: It’s twofold. The beauty about acting is that gives me the platform to go to Washington or the German parliament to talk to people about things I actually care about. As actors we get to portray the human condition, and as activist we get to change it.

This is a naive question, but here goes anyway. Do you believe film has the power to change the world?

JI: Stories have an enormous power. That’s why we’ve gathered around the fire or scraped stories in the walls of caves forever. In these times, when creditable news sources and proper journalism have been undermined and people don’t believe even verified sources, sometimes fiction is the best way to speak to the world. It bypasses partisan politics and presents a universal human truth. It works at a more profound level than information.

What do you expect audiences get from Hotel Mumbai?

AH: In most films in which a terror attack happens, the terrorists are nameless, faceless. Here you see the human side of it. You see kids tricked into this, told that their families would be getting money if they do jihad. You witness the emotional toll on the hostages and the gunmen. It’s not a two-dimensional portrait of a faceless evil, it’s human beings. We, as Americans, use the term terror attack for anything that’s done to us, but then you also see why these people were motivated in the first place. You will walk into this film and it will make you feel something the entire time. It may not be an emotion you’re comfortable with, but it’s not something you can shake as soon as the movie is done.

AM: The world’s pretty divided at the moment. The example set by the guests and staff — from waiters from the slums to hedge fund managers — of coming together and trying to get through this is a good one for us to consider.