News and intrigue on a melting planet 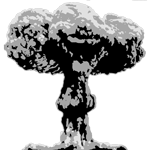 How about Greyhound announcing the end of service in Western Canada? In case you missed it, on Monday July 9 multiple media outlets reported the bus company plans to shut down all its western routes this fall, with the exception of one lousy, stinkin’ bus between Vancouver and Seattle (which is pretty much pointless now that the Sasquatch Music Festival is defunct).

The end of the service is a disaster for anyone who depends on bus transportation, particularly rural Canadians including Indigenous people on reserves, the elderly, victims of domestic violence who need to escape, students and anyone who needs to travel to a city for health care but can’t drive.

Greyhound blamed massive drops in ridership for the cuts, but given the essential nature of transportation in a geographically massive country such as Canada, it was probably stupid to leave bus travel in the hands of the private sector to begin with. Just because something doesn’t make money doesn’t mean it’s not needed, and Canadians have repeatedly shown they support their taxes going towards other unprofitable but essential services like roads, schools, libraries, hospitals and football stadiums.

Canadian Prime Minister Justin Trudeau instructed Transport Minister Marc Garneau to investigate the situation and find solutions. Meanwhile in Alberta — a prosperous province with an NDP government — Premier Rachel Notley vowed to look for cooperative transportation solutions with her fellow premiers at the July 18–20 Council of the Federation meeting.

For Saskatchewanians, the loss of Greyhound is salt in the wound of the Saskatchewan Transportation Company’s 2017 shutdown by the Saskatchewan Party government. Speaking of STC, at press time Minister of Crown Investments Joe Hargrave blamed drops in that company’s ridership on a notorious 2008 Greyhound bus killing. The Minister’s claim, however, seems unfair given that while STC ridership initially dropped as he said, it rose to over 280,000 in 2011 before again dropping, perhaps due to industry trends, mismanagement and under-investment, or some other reason.

As Saskatchewan gets closer to cannabis legalization concerns have been raised over the possibility that medical marijuana users who rent rather than own their homes may be forbidden from smoking in said homes because property owners can legally ban smoking in their buildings. At press time, few seemed to give a rat’s ass that renters — who I think it’s fair to say generally have less wealth than homeowners — can be blocked from smoking pot, cigarettes, cigars and hey, let’s not forget owning pets. Those with lots of money continue to have more systemic freedoms than those with less, which one could argue is a fundamentally mean-spirited and corrupt way to organize a society.

As The North Pole Melts

Climate change deniers will have their rationalizations ready but that doesn’t change the fact that Canada’s Arctic continues to melt as a result of human activity — in particular our over-reliance on fossil fuels. On July 17, the Canadian Press reported that 1,353 out of 1,773 glaciers shrank “significantly” between the years 2000 and 2016. The loss of glaciers could lead to sea level rises and more icebergs, as well as having massive negative impacts on northern ecosystems. At press time, it’s just another sign that the world’s climate is now changing at an unprecedented pace with grave implications for the stability of natural systems, from ocean currents to wildlife habitats, not to mention human civilization. If anyone cares about that.