Backing Down, Sort of

After all the hissing and spitting between Netflix and the Cannes Film Festival over theatrically screened movies, it was pretty funny to hear Netflix CEO Reed Hastings tell people that yeah, they made a mistake. “We have a reputation as a disruptor, sometimes we make mistakes,” Hastings said at a speech at Series Mania on May 3. “What we’ll do now is mostly focus on series and stand-up, docu-series, and great content we can do without disrupting or being perceived to disrupt the movie sector,” Hastings said. “That’s the main issue for us. We are trying to treat our movies as series and release them directly to our members and not trying to compete with the theatrical system.”

I guess that means that Netflix will stop trying to get awards for movies. The festivals have issues with films that aren’t released theatrically and Netflix just validated them. Not sure how Netflix’s filmmakers will feel about that.

It will be interesting to see how this industry will look in a couple of years. 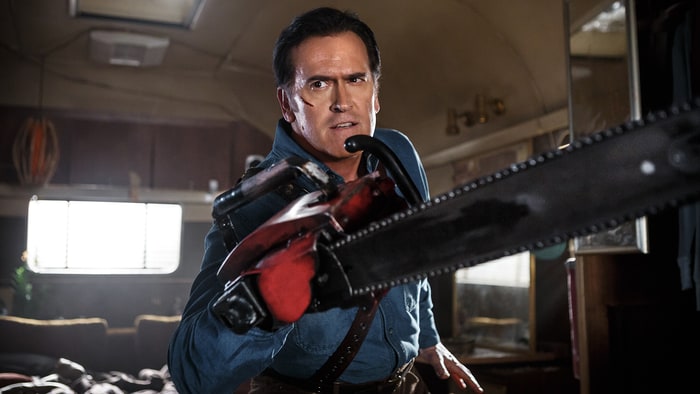 Director Sam Raimi and actor Bruce Campbell made a name for themselves back in 1981 when they made the low-budget horror movie Evil Dead. Two sequels followed and, several years later, they continued the exploits of Ash Williams with a very fun and gory TV series called Ash vs Evil Dead. The first season was pretty good but the second season was really, really good — episode two features a scene I never thought I’d see in a film, let alone a TV show. It’s kind of traumatizing. It’s the sort of thing that once you see it, you will never, ever forget it. In short, it’s great.

The third season was pretty good too but sadly Starz, the network airing Ash vs Evil Dead, cancelled it. Almost immediately after that announcement, Bruce Campbell said he was retiring from playing the character. Having watched the last season, I have to say that the last episode left something to be desired. It doesn’t feel like the end of the character (it actually homages Sam Raimi’s original, rejected ending of Army of Darkness), and the series deserves better.

I know that Bruce Campbell is more than a little tired of playing the character but the fans of the movies and the show need a better send off.

Shane Hnetka is a made-in-Saskatchewan film and comic book nerd.