Call Me By Your Name: movie of the year, right here 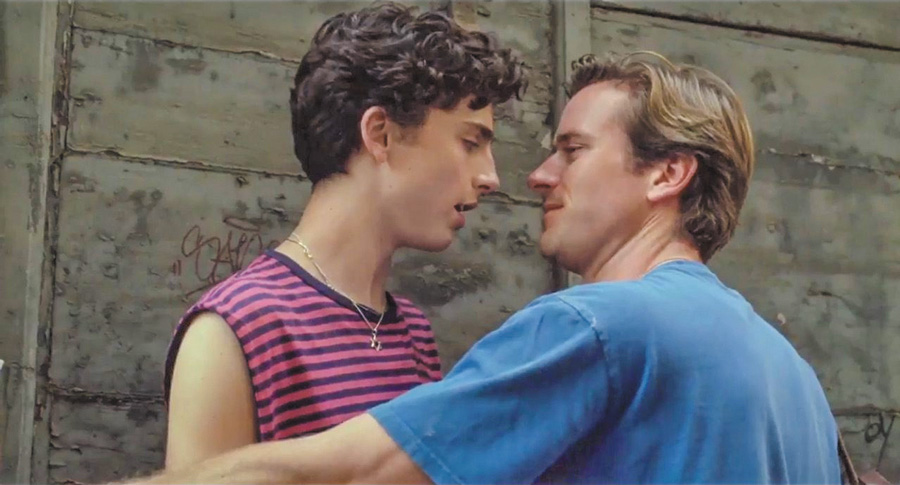 Call Me by Your Name
Opens Friday 26

Call Me by Your Name is a compelling, unpretentious drama that quietly subverts two longstanding film tropes. First, it squashes the coming of age movie fallacy that a single event turns a child into a grown-up. Second, it ditches the heavy drama that accompanies just about every drama about gay romance. Nobody dies, is disowned or gets beaten to a pulp for his sexual orientation in this film, which, for my money, is the best of 2017.

Call Me by Your Name treats its two leads as complex, fully fleshed-out individuals tentatively embarking on a summer romance who come to the realization their feelings are deeper than a fling.

Set in Northern Italy in 1983, the film revolves around Elio (Timothée Chalamet), the only son of an archeologist (Michael Stuhlbarg) and a translator (Amira Casar). The idyllic boredom of his summer is disrupted by the arrival of Oliver (Armie Hammer), a 24-year-old American scholar in town to intern for Elio’s dad.

Oliver’s presence makes Elio restless and he begins tentatively pursuing the American while simultaneously exploring his sexuality with a girl his age. Oliver recognizes Elio’s interest but as the “adult” he must tread carefully and let the 17-year-old approach at his own pace (this is not a Kevin Spacey-like situation).

Nobody comes out of Call Me by Your Name unscathed. Elio’s existence is turned upside down and Oliver feels the pang of regret, fully aware the relationship is not as meaningful for him. But there’s no tragedy. Simply growing pains.

The film is based on a novel by André Aciman and was adapted for the screen by 89-year-old James Ivory (of Merchant-Ivory fame). Don’t be fooled by Ivory’s age: Call Me by Your Name is pure youthful exuberance. Director Luca Guadagnino (I Am Love, A Bigger Splash) brings a lot of sensuality to the table: landscapes are drenched in sunlight, ancient sculptures are gorgeous and food — so much food. The 1983 setting seems to be there to prevent technology from getting in the way.

Call Me by Your Name is also methodical. It covers every aspect of Elio’s life at this critical juncture (his relationships with his parents and friends, and his efforts to shape his personality when it doesn’t organically emerge). That said, it doesn’t feel constrained: Guadagnino dares to be edgy, without betraying the breezy spirit of the film (one word: peach).

True to form, the climax is as low-impact as a loving father comparing his own experiences to his son’s, and suggesting ways to assimilate it.

It gets REALLY, um, dusty at the theatre. Bring tissues.

There’s so much to like about this picture. The acting is across the board superb: Chalamet is a major find and Armie Hammer finally gets a worthy part following years of mediocre would-be blockbusters (The Man from U.N.C.L.E., The Lone Ranger). The original songs by Sufjan Stevens are beautiful (“Mystery of Love” will live forever in adult-contemporary playlists) and the film even gives the Psychedelic Furs’ “Love My Way” new meaning.

A final caveat: an emotional coda plays through the closing credits. STAY AND WATCH IT. Chalamet is extraordinary. To the exhibitors: DO NOT TURN ON THE HOUSE LIGHTS. It will deprive the audience of a richer cinematic experience.