T2 uses the original as a springboard to greatness 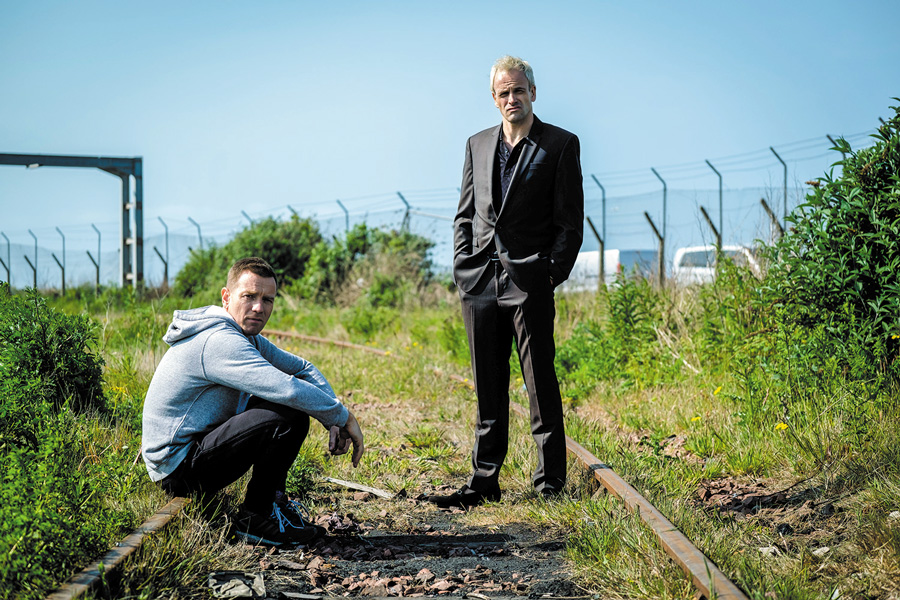 Trainspotting, released in 1996, had a ton of memorable sequences (toilet dive, baby walking on the ceiling), but the ending wasn’t one of them. I had to re-watch it to refresh my memory. Turns out Renton (Ewan McGregor) betrayed the gang and left with most of the profits of a drug deal. Begbie (Robert Carlyle) went berserk and landed himself in jail. A devastated Sick Boy lost the money and his best friend.

Only Spud (Ewen Bremner) got his cut (and likely spent it on heroine).

T2 takes place over 20 years later. Renton has cleaned up his act and remade his life in Amsterdam. He misses his roots, though, and following a health scare, Renton decides to head back home for a visit.

Edinburgh looks more inviting than when he left (gentrification, Europeanization), but it doesn’t take him long to rediscover the city’s underbelly, where his old mates dwell: Spud remains a junkie and is barely surviving, while Sick Boy manages a poorly located dive bar with an extortion business on the side.

One thing they all have in common: Nothing to show after two decades.

Renton’s chums are not ready to forgive and forget, but it doesn’t take long until they start hanging out and planning new schemes. Begbie, who has spent most of the time behind bars, has escaped and gotten wind of Renton’s return. Let’s just say the psychotic lowlife is not one to let bygones be bygones and has revenge in his mind. In T2, Begbie is fate incarnate.

There is a script but it’s not as captivating as the characters and their interactions. Director Danny Boyle reinvents the concept of sequel by establishing a constant dialogue with the original. The fiercely irresponsible, selfish behavior from 20 years ago haunts the quartet today. A brief but cutting scene features the two leads reminding each other of their roles in the deaths of Tommy (Renton got him hooked on drugs) and Sick Boy’s baby (the infant starved while her parents were in a drug-induced stupor). The argument’s resolution is dispiriting yet true to the characters.

T2 uses nostalgia to develop the characters but it’s not prone to revel on it. Brief cues from the iconic Trainspotting soundtrack pop up here and there, but the film doesn’t coast on the music. By the time “Lust for Life” reappears in all its glory, it’s fully earned.

While longing and regret are the predominant emotions, T2 Trainspotting is consistently funny. The build-up to Begbie and Renton’ score-setting is so artfully done that when it actually happens, more than characters, you have two physical manifestations of pathos going against each other. It’s cathartic.

Danny Boyle’s visual daring is back in full force. Edinburgh may not look as drab as it did in 1996, but surrealism is still a good fit for it. Cinematographer Anthony Dod Mantle (Oscar winner for Slumdog Millionaire) recycles old visual cues — Renton’s room, all the running — and gives them an adulthood twist. The dynamic and original camera work is eye popping.

T2 is a movie in which every gear operates with a clarity of purpose. Never mind the heightened levels of melancholy and remorse, the grooves run so deep within this group, falling back into old patterns is not a failure. It’s unavoidable. There is no such thing as starting over. ❧