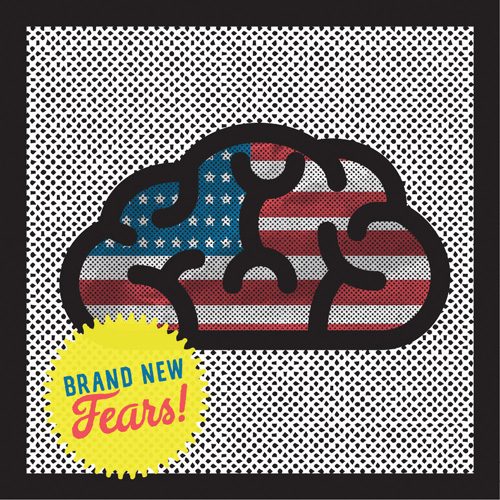 WHOOPSIES! If you recall, last time I said things down here “almost felt normal”, mainly because our brains had already used up all the adrenaline ingredients in the entire United States and maybe we were getting a bit used to it all. But also because nothing wacky had happened in days, and I guess I got a little too optimistic there for a moment. (Note that, in the true spirit of this election, by “optimistic” I mean “chemically numb to fear and pain.”)

I forgot to type “knock on wood!” or something like that, because almost immediately after I turned in that column, things went off the rails again. First, Hillary Clinton got woozy at a 9/11 memorial service and admitted she had pneumonia, and suddenly there was a whole news cycle centered on the question “Is Clinton healthy enough to be president?” (The answer is “if it’s not the 1840s, then yeah,” right?)

This sudden outrage over Clinton’s health was a bit funny, given the endless criticism that she seems too robotic and not human enough. The moment she could demonstrate “Oh yes, of course, I do indeed have a real human body which is affected by normal viruses and bacteria and the physical world, just like all real human bodies,” people flipped from calling her ambitious and powerful and singlehandedly responsible for all the problems in society to calling her frail and weak and y’know, probably secretly fatally ill if you just think about it for a second. JUST PICK ONE ALREADY, GUYS.

The polls went bad for her, and Donald Trump seemed to be gaining, and our brains remembered how to make fear chemicals again.

Other things shaping our recent news cycles: The bombings in New York City, which in an NYC twist were mitigated by multiple thieves trying to steal what turned out to be bombs; Trump’s twerpy son losing an internet fight to the Skittles spokesperson; and a Trump endorsement from Ted Cruz, Least Popular Human of Earth. (Cruz: a man whose Senate colleagues hate him so much they like to publicly joke not just about killing him, but about how easy it would be to get away with because “nobody would convict you.”)

To keep it all light and fun, pundits keep lobbing blame for Clinton’s not-great poll numbers at millennials and Black voters, two demographic groups that consistently support her more than the other groups in their categories. Dear older white pundits: how about you direct your frustrations at your racist and xenophobic parents and siblings? And then when young voters and voters of color save you from the hellscape your own family and friends have planned for you, get ready to write a big ol’ thank-you card.

I know it all sounds bleak, and it is. And there’s fresh news of two more black men being shot in the street by police officers, and a now-familiar wave of heartbreak, sadness, and anger sweeping over American communities.

In the bleakness, the hope to be found is often in those groups the crustier punditry maligns for page views. Black Americans and young Americans are building impossibly beautiful things out of the cultural rubble.

The movement in response to these police shootings is grassroots, complex, diverse, creative and powerful. Handed a world in which you can reasonably fear for your life every time you leave the house, where you see people who look like you gunned down by the state, many Black Americans have responded by demanding something better — and shutting down business as usual to help build it. Handed a dysfunctional economy and a perilous climate, loads of millennials are rejecting capitalism and climate change denial, and expecting politicians to offer comprehensive and effective policies instead of winning votes for simply not being as bad as the fascist next door.

That world is the one I want to live in. That future is the one that quells the fear. And that, I hope, is a neighbor you all can be proud of.

Anna Minard is a patriotic American who does not add unnecessary “U”s to words like “colour” and “labour”. She probably has a lot to say about the Sept. 26 presidential debate (which happened after our deadline) on Twitter: @minardanna.