So Flight Of The Conchords’ wry guy is a vampire now 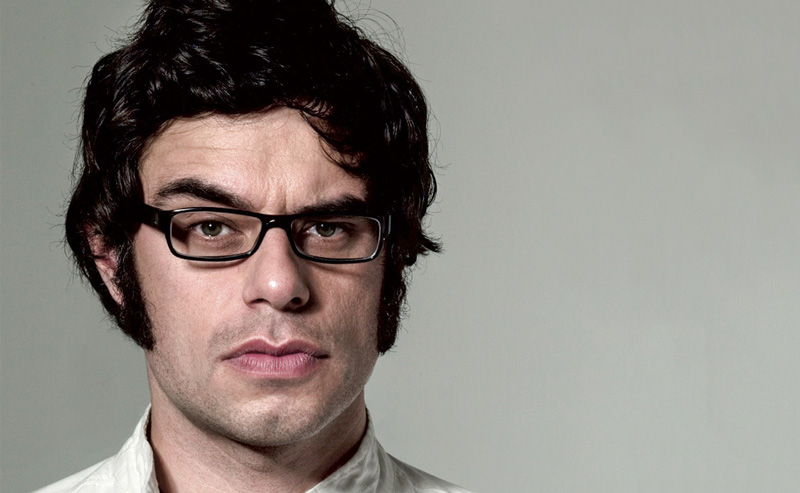 There’s something surreal about meeting Jemaine Clement in person. Bespectacled, tall and lanky, he perfectly fits any preconception you may have of him based on his Flight Of The Conchords public persona.

With the comic duo on hiatus (talk about a movie, nothing concrete), Clement co-wrote, co-directed and co-starred in What We Do In The Shadows, a New Zealand-made horror parody that gets a lot of mileage from a premise a thousand times visited: Vampire life in modern times. Clement plays one of three bloodsuckers that share a flat. The polar opposite of the seductive creatures in Only Lovers Left Alive, the vampires in Shadows are petty, painfully uninteresting and not all that deep, despite the hundreds of years of experience.

Clement and frequent collaborator Taika Waititi (set to direct Thor: Ragnarok, no less) do a terrific job spoofing the genre without falling back on obvious jokes. In fact, the film’s MVP is some guy named Stu — originally a glorified extra — whose character grows to become the silent straight man to a pile of wacky vampires and werewolves.

In case you’re wondering, Bret McKenzie is nowhere to be found, but Rhys Darby (New Zealand’s cultural attaché in the Flight of the Conchords TV show) is around for the kicks.

I talked with Jemaine briefly two Toronto Film Festivals ago. Infallibly polite and deadpan, it’s hard to tell if Clement was ever engaged.

Tell me about your relationship with horror films.

When I was five, I saw my first horror film. I couldn’t sleep, turned on the TV and found this vampire film, some guy hypnotizing people and drinking their blood. I was fascinated by it. I had several nightmares: Vampires chasing me or me becoming one.

Besides being one of the leads, you co-directed What We Do In The Shadows. How hard was to do both?

And for the same money. Taika would direct my scenes and vice versa, but sometimes he would be shooting something else and I’d come up with something and film it by myself. If we had an idea, we would just do it and look at it later. We ended up with so much footage to wiggle in. We allowed some improvising by describing the scene to the actors, but if it didn’t work, we had lines for them to read.

Considering that you dabble in music, comedy and acting, how do you manage your time?

I haven’t been managing it very well. This project took so much longer than I thought. I’ve been involved with it since doing Flight of the Conchords. I intend to be structured about it, like “okay, I’m going to spend a month writing songs” but that often falls by the wayside. I function by deadlines. It’s really great to have a small part in a big movie because you have a lot of free time. A good part of the script of Shadows was done when I was doing Men in Black 3.

But your part in MIB3 wasn’t small.

Production went on for eight months and I shot for 44 days or something like that.

I remember watching Men in Black 3 and thinking “Jemaine is so funny, why is this movie not using him better?”

What is the biggest misconception about you?

That I hang out with Bret every day [laughs]. When you’re a comedian, a lot of people ask you to tell jokes all the time, on the street, wherever. I can’t even remember one.

Do people ask you to sing?

On the plane especially, if I’m carrying my guitar.