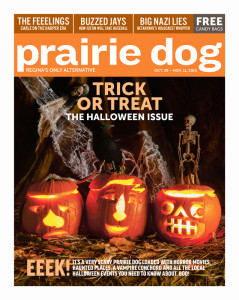 NATION So, What Next? FAQ: How Canada transitions from election to a new government | by Nathan Raine READ

NEWS What Just Happened? For everyone wondering what’s up at City Hall lately | READ

ELECTION Hey, Canada Girl How our collective nightmare ended and we woke up with Justin | by Carle Steel READ

ELECTION Never, Ever Again It’s time to punt first-past-the-post for a system that works | by Gregory Beatty READ

PINTS A Sip Of History A brewpub with a brewing museum inside it? I’ll drink to that | by Jason Foster READ