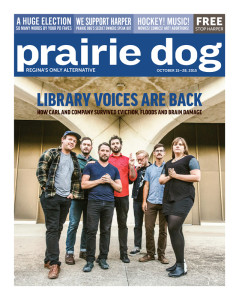 SPORTS Rule Vs. Drool Why our favourite teams will win the Stanley Cup, or not. | by Three Dumb Fanboys READ

MUSIC How To Be An Ally Can a Caucasian musician take on residential schools? Yes. | by Hank Videoclip READ