Sunday, March 8 is a fine day for a conversation 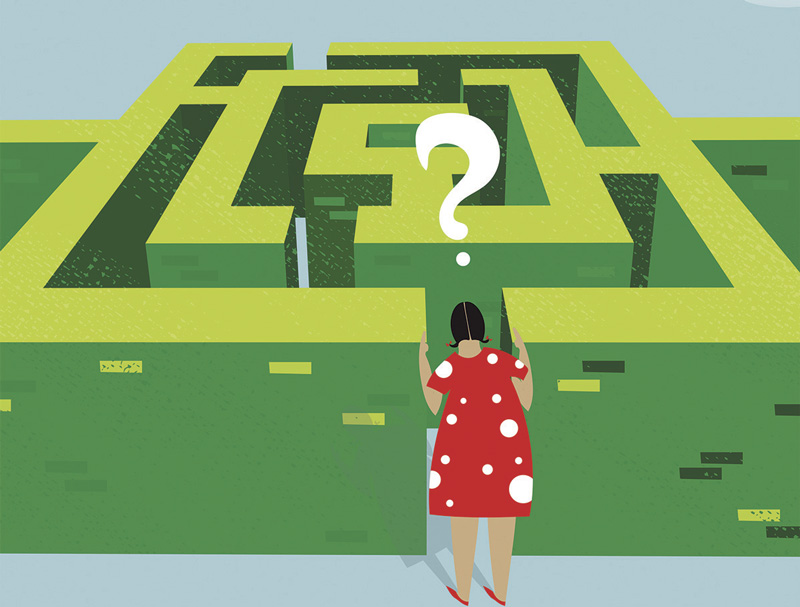 Anyway, if you look at the fine print on March 8, you’ll see (unless your calendar sucks) that this particular Sunday is marked as International Women’s Day. It’s an unheralded holiday; we don’t get time off work or an exchange of presents (hmmm). But it’s an important day nonetheless, and we should (probably) observe it.

This International Women’s Day we asked four friends and writers to share their thoughts. Hope you enjoy these essays. We think Sundays are a great day for a conversation.

It’s a simple, straightforward definition — it’s feminism at the root and to the point.

Beyond that, different groups within the women’s equality movement have many different goals and priorities, from ending violence against women to sexual and reproductive freedoms to pay equity to ending gender stereotypes to getting taxes off tampons.

But while feminists are as diverse as any group in society, somehow, for some reason, the popular perception of feminism often seems like an ugly, distorted cartoon — the cliché that feminists hate men. Is that even true?

(Well, maybe a few feminist misandrists are hiding under rocks somewhere — it’s a big planet — but even if they do exist, like bigfoot or unicorns, we’re talking about one tiny, insignificant fraction of the movement. Besides, lots of movements have extremists with members who stake-out far-flung and unpopular positions. This has nothing to do with a movement’s greater goals).

The point is, unlike other groups, feminism seems to get a bad reputation. So let’s get this straight: being a feminist DOES NOT MEAN YOU HATE MEN.

Being a feminist doesn’t make you lesbian, straight, beautiful or ugly, hairy-legged, muscular, feminine or anything other than someone who demands equal rights and benefits based on sex.

But that isn’t the way a lot of people see it, unfortunately.

One result of the mass misconception of feminism is that a growing number of young women disassociate themselves from the term “feminist”, as they fear others will think they’re unpleasant man-haters.

This is because anti-feminist fear-mongers are getting their dishonest propaganda out to youth, both men and women, and setting the entire movement back.

Look at actress Kaley Cuoco-Sweeting of The Big Bang Theory. She publicly denied being feminist in a recent interview. Cuoco claims that she had never experienced inequality and therefore didn’t identify as a feminist. Cuoco makes a cool $1 million per episode; the same amount as the popular show’s male stars.

Sooo, she doesn’t think men and women are equal? Huh.

Rather than bail on the cause because her corner of the world’s treated her all right, it’d be nice if Cuoco thanked the women who blazed the trail for women’s success. Women like Emily  Stowe, Amelia Earheart, Aloha Wanderwell, Janice Joplin, Jody Foster, Patricia Arquette, Chaz Bono and Lena Dunham — women who have fought tooth and nail for the rights and privileges and even success Cuoco enjoys every day.

“Feminism” is a good word. It’s powerful, positive and evolving with the equal rights movement, not against it. There’s no reason to give it up.

We’ve come a long way but we still have a ways to go. /Ashley Rankin

My cousin’s favourite “colour” is glitter. She belongs to the Britney Spears fan club, loves fingernail art, designer purses, and her Pandora charm bracelets. She also loves her wife. This year, they celebrate their 8th anniversary — and despite that fact, people don’t believe her when she tells them she’s gay.

The other morning she sent me a text message detailing how her colleagues at her new job are harassing her: “You don’t look gay!” they say. “Yeah, right, you’re pulling my leg. Show me pictures to prove it, then. A wife? What do you mean?”

When a colleague asked her who she went to Vegas with, and she replied, “my wife,” the person burst out laughing as if it had been a joke.

We like to think we’ve come a long way, baby, but even in 2015, stereotypes prevail. Three professors, over the span of 15 years, gave their students an assignment that required they violate a gender norm and then write about it. This included everything from men painting their fingernails to women spitting in public. One male student invited his friends over for a Tupperware party and announced: “Just keep in the back of your mind, no matter what happens tonight, I’m not gay.”

In fact, most of the students expressed concern in their reflection papers that people would think they were gay. It’s not as if they were making out with a person of the same sex in public, so what gives?

Our culture has divided up clothing, colours, behaviours, you name it, and labeled some feminine and others masculine (*cough haircuts cough*). I don’t need to tell you that Tupperware parties, gel nails and Pandora charm bracelets have all been coded feminine in our culture and everyone knows that feminine women are straight (raised eyebrow).

Even bread has a gender now. Stonemill Bakehouse recently put its bread in two different packages: the “lighter” and “milder” hemp and quinoa comes with a pink label (how cute!) and is marketed to women, while the “heartier” barley and rye bread gets a black label and is marketed to men. But what if you’re a man who wants to eat quinoa? If a woman buys the pink-labeled womanly bread—or has long hair and wears high heels—it doesn’t mean she’s straight any more than it means a man who likes quinoa is gay.

The sooner we accept this, the sooner my cousin won’t be constantly forced to come out of the closet to people who don’t believe her anyway. /Evie Ruddy

DON’T TREAD ON MY TAMPONS

Many things are exempt (un-taxed) or “zero-rated” (effectively taxed at 0 per cent) from GST. Good things. Things like milk, bread, prescription drugs and medical devices. Mostly, we don’t pay tax on them because either they’re essential to us, or they’re essential to our economy (like agricultural products).

There’s also a whole slew of items that are exempt for no apparent reason: chocolate icing, cocktail cherries, wedding cakes, taco shells and human sperm, to name just a few examples. Not sure what’s up with that.

But back to some positive examples. You also don’t have to pay GST on your pack of Depends, your guide dog, orthotics or eating utensils specially designed for people with just one hand — and that makes sense, because these things are all of a certain medical necessity.

So why the hell do you and I pay GST on tampons and other menstruation products?

In 2013, London-Fanshawe NDP MP Irene Mathyssen asked this question, and brought forward Bill C-282, An Act to Amend the Excise Tax Act (Feminine Hygiene Products). The bill sits idle, but still on the parliamentary table, waiting for someone in Ottawa to figure out that tampons are not luxury products.

Think they’re not a medical necessity? There are stories of homeless women using wads of cloth or paper for pads. I wonder if there’s federal revenues coming out of that.

This February, Change.org brought forward a petition to keep the bill alive, and it was quickly endorsed by over 50,000 Canadians. As I write this, there are just 14 days to go on a Kickstarter project for a promotional video campaign to bring even more people on side.

Come on Ottawa, this isn’t rocket science. Admire our fecundity, and get a good attitude toward menstruation! /Jamie Backstrom

I’m not a big fan of International Women’s Day. It’s fine I guess, but I question its utility as a morale booster. Frankly, it’s a drag to recognize that it’s been over 100 years since the first International Women’s Day, and I wonder if this year’s theme “Make It Happen” shouldn’t have been “What’s Taking So Long?” instead. The establishment of IWD was meant to raise awareness of the injustices and indignities faced by women world wide, but you’d have to be living under a rock to not be aware of what’s going on now — and yet we still have this day to give people an official excuse to acknowledge the glaringly obvious; namely that we’re still dealing with the same bullshit as our great, great grandmothers: Sexual assault, pay inequity, lack of affordable childcare, lack of affordable elder care, access to reproductive healthcare, glass ceilings, body image issues, safe working conditions, and on and on.

Progress has happened but, all things considered, it’s been excruciatingly slow. Sure, there are reasons for encouragement: In Canada, the movement for an inquiry into missing and murdered indigenous women continues to function as a strong voice for several issues. Ontario is revisiting its sex-ed curriculum to include lessons about gender identity and consent. The Ghomeshi implosion served as a handy entry into broader conversations around sexual harassment and rape culture. But we’ve been talking openly about domestic and sexual violence since the second wave of feminism. That was 50 years ago. And I well remember all the attention those Take Back The Night rallies got in the ’90s, but 20 years later, video game critics are receiving death threats for simply pointing out the obvious, and no one feels any safer walking alone at night.

This IWD, rather than celebrate that we have a day at all, maybe we should all be angrier about why there’s a day in the first place. /Wanda Schmöckel