The real diamonds in Attawapiskat are people, not rocks 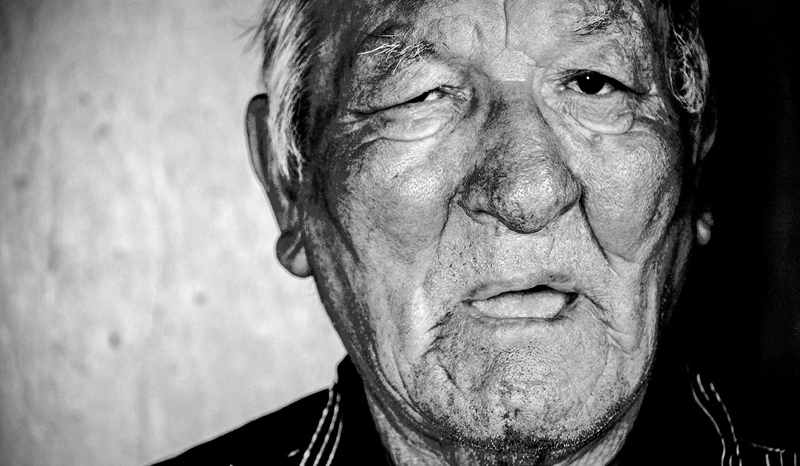 Greetings from the un-dug spill zone of Keystone XL.

By the time these words reach press, it will be seven months since I mentored fledgling citizen journalists in the Treaty 9 Mushkeg Cree territory of Ontario’s James Bay coast, where I spent a year.

I needed those seven months. I needed a break to reflect on the success of a challenging personal experience, and to conquer the urge to write a book about it exclusively using profanity. Although looking back, the term “clusterfuck” really is the best way I can describe the policies, practices and general institutional condition of Canada’s North.

Keep in mind, “The North” in this case sits on the same latitude as Saskatoon. Yet there are no highways to the places I stayed.

To get there I boarded a weathered Dash 8 at the Timmins Airport, only 10 minutes from a pit mine dug where the Shania Twain museum once stood. From the air I saw pristine territory coveted by resource brokers with plans drawn for a bonanza harvest. At present, it still blooms with dense timberland, pot lakes and lowland swamps visible from all angles to their vanishing point on the horizon. How long will it stay like this?

We touched down at a dusty airstrip on the outer perimeter of Attawapiskat First Nation, 16 kilometres from the mouth of James Bay.

In the 1830s, the 52nd parallel ran through the British North American territory of Rupert’s Land. The vast empire was mostly populated by First Nations societies who struggled for sovereignty under the royally decreed authority of Sir George Simpson and the fur-ravenous Hudson’s Bay Company. Despite settler migration and redrafted post-confederacy borders, the demographics haven’t changed much.

What has changed: Canada’s current economic model, which is all-in on non-renewable resource projects like oil sands and mining (and renewable-in-theory resources like timber), all based in isolated regions of Canada’s wilderness.

As always, those with power commit strategic acts of policy, action and legislation to maintain their profitable status quo.

The Federal Government outsources Northern development as matter of a habit. Control is in the hands of corporate elites holding land use permits. Their focus is on extracting  resources to increase shareholder profits and Crown (tribute) payments.

That harvest parallels the outsourced delivery of education, healthcare and social services, all offloaded onto under-funded local authorities.

These relationships are monitored under the administrative eye of Indian and Northern Affairs Canada — or pardon me, Aboriginal Affairs and Northern Development Canada (AANDC). I’ve had better luck with the transparency of West African prison officials than I did getting timely comments or documents from the AANDC. The Indian Act and multiple layers of bureaucracy (Federal, Provincial, Tribal Council, Band Council etc.) in the North keep residents away from their economic destiny.

“We really only have one chance to get things right in the far north,” Environmental Commissioner Gord Miller said in a speech quoted from an October Globe and Mail article. “We’re talking about a really remote facility, but a huge economic opportunity for the province of Ontario.”

And it’s Bob Rae, former Ontario premier and federal Liberal Party leader, who represents a coalition of First Nation communities in negotiations with provincial, federal and private interests. Mining infrastructure, such as roads, are always contested. And resistance by FN groups is always countered with the threat of pulling the plug on projects.

Journalists are unwelcome at conferences on either side of the equation. I know this first hand as I’ve been removed from these meetings — in one instance at the behest of the Mr. Rae himself.

But it’s easy to see what’s going on. Wealth is siphoned in secret without any consideration to local impact. Self-determination? First Nations can handle the crumbling infrastructure and devastating unemployment. As long as they’re not too innovative in the way they address poverty. The federal auditors who boss them around hate creativity.

I’m here on a mission of journalism, and it’s a critical one. Thanks to budgetary and logistical restrictions, and the ideology that uses them to skew narratives in its favour, mainstream media ignores the voices of the affected while granting airtime to government speakers who publicly attack them.

Private media works under the influence of power brokers to sell the illusion of an uninhabited North to Southern Canadians living in the dense population cores near the United States border. News coverage paints those who remain on the frontiers as ungrateful burdens who should be happy with the scraps as they fall.

Thus far the technique has been successful… at least in an ice-cap melting, boomtown bubble, buy-on-credit, truck balls on every hitch, frack-it-all-and-let-the-banks-sort-it-out sense.

On three isolated Ontario First Nations reserves —  Attawapiskat, Moose Cree and Constance Lake First Nations — I worked with people ranging in age from pre-teens to seniors. Together we struggled to establish and refine local media culture while hopefully digging a small, Prairie Dog-sized tunnel to the mainstream news houses.

Here’s a story from my time in Attawapiskat; look for Moose Cree and Constance Lake in upcoming issues.

In the spirit of the common good I write to share the lessons I learned in these places, from these people, with you:

Never turn down a free ride.

And perhaps most important, understand that not having money does not make you a bad person. Not having a sense of humour does.

The St. Francis Xavier Roman Catholic church was built in 1933. It was the first permanent structure near the James Bay watershed of the Attawapiskat River. The original sanctuary, rectory and attic — in which I would later live — were built of local timber cut to lumber at a nearby sawmill. Enough wood was produced to build a Hudson’s Bay Company store and a few small homes on the ridge above the rapids.

Many of these buildings still stand. The sawmill is long gone.

Back then, Attawapiskat — a Cree word meaning “people at the parting of the rocks” — was the meeting point during summer months. Extended families would paddle in to resupply camps, trade woodland furs and meet prospective mates before returning to their trap lines to endure the winter.

Benoit Okitiquo, 81, took his first breaths the same year the church was raised. As a small boy, he says, he was taken to Fort Albany’s St. Anne’s residential school, where he was taught English, forced to study the bible, punished with electric shocks and used as a test subject in nutritional experiments.

He says he lost a sister at St. Anne’s. Not surprisingly, he now prefers to communicate in his native Cree.

Through a translator, he recounts the day his father was told the furs he had brought were of no value, and to survive he would have to move his family to town.

“We lived in the bush,” says Okitiquo. “The white man told my father if he didn’t want to go to jail and leave his children to starve to death he needed to move to town and let [the Indian Agent] take us (Benoit and his sister) to school.”

Attawapiskat’s unemployment rate is in the 80-90 per cent range, the hospital has blackouts and there’s a contamination zone where the elementary school once stood — the aftermath of a diesel pipe leaking 300,000 liters of fuel into the soil over a near-30 year period.

As one local grandmother said: “I knew my kids played hooky when they didn’t come home smelling like diesel.”

Standing Up On One Leg

Gabriel Firemans speaks in calm tones, often laughing despite the uncertainty he faces. He says he’s retired with no secure pension. He and his wife share a room at a shelter where the funding will soon expire, he lost a leg due to diabetes and his name is attached to a lawsuit filed by one of the world’s largest mining firms.

“How do they sue me for what I don’t have, over something that can’t be theirs?” he asks.

In February 2013, Fireman and a group of community members barricaded the seasonal ice road between Attawapiskat and Victor mine. Their spokesperson, Bruce Shisheesh, said they were upset by the inadequacies of the Impact Benefit Agreement — in short, they were being ripped off. The Ontario Provincial Police responded. OPP were forced to touchdown at the DeBeers private on-site landing pad after being turned away at the same airstrip I would land at months later.

For 13 days, the stalemate between police and blockaders remained tense, only ending after a court-ordered injunction. Blockaders pulled their barricade down but when they returned home 16 of them were served with civil court papers notifying them DeBeers was suing for $130 million in damages.

Victor mine provides a limited number of jobs to community members. Around 50 of the 400-plus employees on site are local hires, but most are filed into custodial and kitchen staff positions. The rest of the workforce is foreign workers shipped in and housed on site.

Under the DeBeers-Attawapiskat Impact Benefit Agreement, the community is paid $1.6 million annually. A clause in the IBA states the current rules can be applied to any additional DeBeers mining project in the region. Victor is the first mine site of 18 kimberlitic (diamond deposit) shafts in the territory. In August 2013, Victor Mine produced a walnut sized diamond valued, uncut, at $1.8 million. According to public statements made by DeBeers, a second shaft, Tango extension is currently in the planning phase.

When one factors in the reality of DeBeers control of the refinement, cutting and distribution of diamonds to the retail and industrial markets, the profits taken away from Attawapiskat at Victor mine are gigantic compared to the pittance left behind.

Former Attawapiskat Chief Teresa Hall negotiated this deal, aided by an Ontario “crisis intervention consultant” named Cynthia Vanier. After leaving office, Chief Hall took a high-paying consultant job with a DeBeers connected subsidiary while Vanier went on to be arrested and jailed in Mexico for attempting to smuggle Saadi Gaddafi, son of toppled Libyan dictator Muammar Gaddafi, into the country.

The lawsuit is now suspended, part of what DeBeers spokesperson Tom Ormsby calls a “goodwill approach” to talks about Tango extension.

Some in the community say band administration and DeBeers collude to keep negotiations secret. In these circles it is believed blockades are the only way to draw attention to their interests, even under threat of legal action.

As one source speaking on condition of anonymity said: “They buy votes with KFC chicken and deny us the right to see the details [of the IBA]. Blockades are all they listen to. What other choice do we have?”

Look for more stories from Northern Ontario in future editions of Prairie Dog and probably, says Danny, a book.

15 thoughts on “Road To The North”