White Lung barely pauses for breath on their new album

If White Lung worked in your office, all the e-mails you’d get from them would be marked “URGENT.” They would tear through their day’s work in a couple of hours, and you’d say, “Hey, White Lung, take it easy. It’s not a race.” And White Lung wouldn’t say anything, just give you a look that says, “I used to think you were cool.”

But White Lung isn’t your co-worker, thank God. White Lung is a punk band from Vancouver. The New York Times recently called bandleader Mish Way “one of the most alive singers in rock.” I don’t know what that means either, but I sure as hell wouldn’t want to share a cubicle wall with someone the New York Times called “one of the most alive actuaries in insurance.” Could you imagine?

The longest of the 10 songs on Deep Fantasy –– White Lung’s third album, and first on Domino Recordings, home to big deal folks like John Cale and Animal Collective –– clocks in at 2 minutes 40 seconds, and several others are well under two minutes. White Lung doesn’t mess around. Way sings like she’s shredding on guitar and Kenneth William plays guitar like he’s shredding on guitar and neither of them lets up the whole way through. It’s thrilling and exhausting, but when it’s over you stop and ask yourself, “Wait, that’s it?” For a Deep Fantasy, it’s kind of brief and to the point.

A musical magic show –– that’s what Brooklyn-based Lydia Ainsworth’s debut EP sounds like. Or maybe it’s Real Magick, cuz one person’s pretty rocks on a window sill are another person’s healing stones. For my part, I love it. The sound is big and shiny and orchestral and filled with electronic effects.

Ainsworth’s melodies and vocals sound a little like mid-career Kate Bush and the arrangements have a similar playfulness, owing in part, perhaps, to the artist’s orchestral training and the insular bedroom recording conditions. The electronic syncopated vocal effects recall labelmates Blue Hawaii and Grimes’ experiments, which work incredibly well. However, I’d be interested in hearing Ainsworth explore her weirder, more unique moments further on future recordings. The strength of Right From Real Pt 1 is definitely Ainsworth’s ability to craft otherworldly sonic spaces with enough substance to lose one’s self inside them. /Amber Goodwyn

Maybe you’ve been a fan of Corb Lund from the beginning. Or maybe he’s totally unknown to you. Regardless, you’ll receive a warm welcome on Counterfeit Blues, with a slap on the back and the offer of a beer and a stool to sit on. Recorded live off the floor at Sun Studio, Lund and his always able backing band, the Hurtin’ Albertans, blast through select tracks from his early albums, giving them his ragged and loose outlaw country treatment.

The songs, including favourites like “Five Dollar Bill”, “Truck Got Stuck” and “Good Copenhagen”, still have all the spark and humour they had when Lund first recorded them — some over 10 years ago. The performances are lively and raucous and perfectly captured. With Lund about to set out on a reunion tour with his old punk-metal band the Smalls, it’s good to see his commitment to country reaffirmed in such fine style. /James Brotheridge 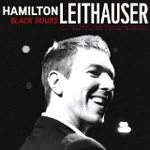 When some front people go solo, it’s to drain some material from the backlog — stuff that just wouldn’t work with their original band, which they record and then go back to group stuff. A recent post on Talkhouse from Hamilton Leithauser, former front guy for the Walkmen, makes it sound like this solo recording was a necessity to overcome all the ailments, physical and mental, that have been visited on him for being in a rock band.

If Leithauser’s almost crushed, Black Hours, his post-Walkmen solo album, doesn’t show it. His voice is as steady as ever in its folky unsteadiness. In striking out on his own, he tries a variety of styles, rolling through thumping folk-pop and Afrobeat influences, occasionally returning to his post-punk roots. Black Hours comes close to great in a few spots, showing Leithauser’s creative mind isn’t nearly as worn as his body might be. /James Brotheridge