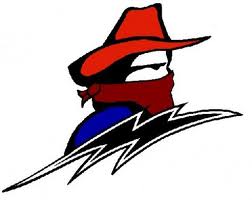 When the Regina Rams were a junior football team they were perennial contenders for the Canadian championship. Between 1966 and 1998, in fact, they won 15 titles. Then in 1999 the Rams joined the university ranks as the University of Regina’s entry in the Canada West Conference of the CIS.

That same year, the Regina Thunder were formed to be the city’s representative in the Prairie Football Conference of the Canadian Junior Football League. While the team has featured several notable players over the years, including current Saskatchewan Roughriders Chris Getzlaf, Paul Woldu, Dan Clark and Zach Evans, along with B.C. Lion (and former Rider) running back Stu Foord, and had a number of other players subsequently suit up with the Rams, they’ve thus far been unable to match their predecessor’s success in claiming CJFL championships.

Several times in the past few years, the Thunder have advanced to the PFC playoffs, only to see their championship dreams streamrolled by the always tough Saskatoon Hilltops. Last season, for instance, after upsetting the 8W-0L Calgary Colts in a PFC semi-final, the Thunder were pounded by the Toppers 37-0 in the PFC final.

Both the Thunder and Hilltops enjoyed solid 2013 PFC campaigns with Saskatoon finishing first with a 7W-1L record while Regina was second with 5W-2L-1T. On Oct. 27 the teams met in their second consecutive PFC final in Saskatoon. This time, though, the Thunder didn’t wilt under the relentless onslaught of the Hilltops and emerged with a 21-16 victory to claim their first PFC title in the franchise’s 14-year history.

That same weekend, the Vancouver Island Raiders defeated the Windsor AKO Fratmen 50-3, setting up a match against the Thunder for the Canadian Bowl. The game goes at Mosaic Stadium on Nov. 9 at 2 p.m. The Raiders have played in five out of the last nine Canadian Bowls, so they will be a tough opponent. Under first year head coach Scott MacAulay, though, the Thunder boast a high-powered offense led by all-star QB Asher Hastings. In the PFC final against the Hilltops, Hastings completed 25 of 37 passes for 317 yards and one TD with no interceptions. Receiver Will Heward had 10 catches for 167 yards, while running back Nick Brown chipped in with 108 yards rushing on 22 carries and one TD.

The Saskatchewan Roughriders host the B.C. Lions the next afternoon at Mosaic Stadium in the CFL West semi-final. That will obviously be the focus of most local football fans this weekend. But if you feel like catching some entertaining junior football I’m sure the Thunder organization would appreciate your support as they go for their first CJFL championship. Once again, the Canadian Bowl is on Nov. 9 at 2 p.m. at Mosaic Stadium. You can find out more about the Regina Thunder here.