Malta has a lot of familiar problems. Nice weather, though. 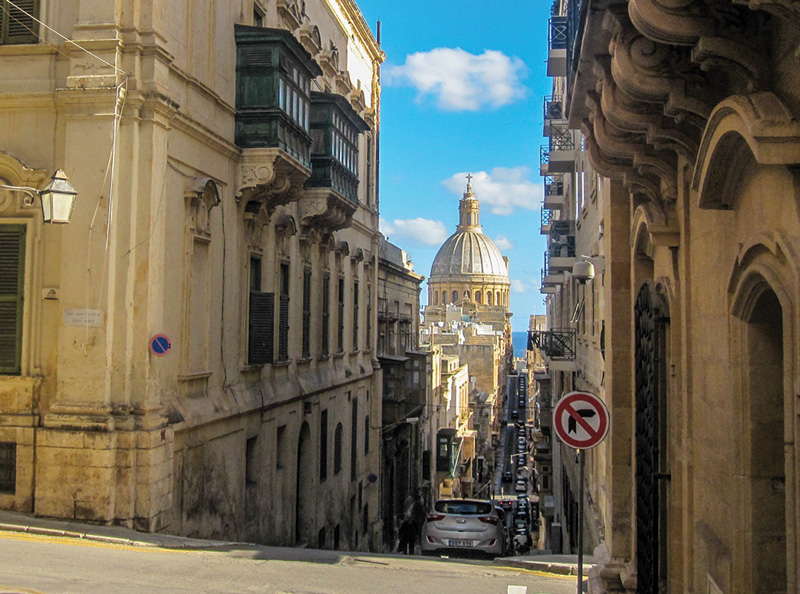 How’re things on the frosty prairie? Are you walking in a winter wonderland?

Actually, I hear the weather outside isn’t so frightful in Regina. Wouldn’t you know it, the year I decide to flee the cold weather by escaping to the Mediterranean is the year Jack Frost decides Saskatchewan deserves a mild pre-holiday season. What does that say about me? Maybe I’m the source of all those bitter Decembers.

Still, that wouldn’t account for the weather here. As I’m writing this I’m finding I’m too hot in a light cardigan. Personally, I’ll take today’s entirely seasonable high of plus 16 over an unseasonal minus one. And I’m very happy to report that the only things piling up on my walk this winter are sunshine and flowers.

I don’t miss the snow, not even a jot.

All that said, I’ve been in Malta for four months now and I’ve definitely gotten past the giggly honeymoon phase. I love it here — I seriously, seriously love it — but there is loads about this country that’s totally messed up. So while the theme for this Christmas Letter To Prairie Dog was supposed to be “Having a wonderful time; wish you were here,” I’ll start by running through the stuff that pisses me off.

Wouldn’t want you to think I’m losing my edge.

If you were to come visit, you’d find the first thing about Malta that hits you is the traffic. Hopefully, not literally. <rimshot>

The first time we went out walking around was terrifying. We’re living in a small town called Lija and took the kids in search of a park called Kitchen Garden. We had to navigate all these narrow, medieval streets that were about as wide as a Harbour Landing parking spot. Where there were sidewalks — which was not often — they looked like they were designed with hobbits in mind. And all along our route, these cars were caroming past us, their side-view mirrors mere inches from our elbows.

Needless to say, we carried the kids.

Out on the main roads, things are different but no more pleasant. During rush hours, there are these island-spanning traffic jams where the cars are just crawling along. In response, motorcycles and mopeds weave between lanes; drivers of smaller cars make these harebrained manoeuvres to get to shortcuts through residential areas. It’s total chaos. And things aren’t helped by all the double and triple parking, the cars stopping in driving lanes to pick up passengers.

Our guidebook describes it this way: “Malta has all the same driving rules as the rest of Europe. The Maltese don’t follow any of them.”

I’ve heard a lot of grumbling about the traffic. Especially from older people. They tell me that this problem is now the number one political issue in the country.

And the funny thing is, apparently, this is a relatively recent problem for Malta. I’ve heard stories about how 25 years ago there were only two traffic lights in the entire country. Kids could play in the streets of Birkikara, a city near us of 22,000.

Today, Birkirkara leads the country in traffic accidents. And you don’t let the kids wander off the sidewalks.

Some of the solutions in the works are new junctions and a digital Traffic Management System to help ease congestion. But making the traffic roll faster and smoother seems like a band-aid measure at best when the source of the problem is obvious: too many cars. Over the last three years, the stock of licensed vehicles has increased by nearly 19,000. That’s for a country with a population of around 400,000.

There are 1,375 vehicles for every 1,000 licensed drivers. Some families have a special “Sunday car” that they just bring out for weekend drives after church.

And you can see the damage the explosion of car culture is doing. Destination shopping sites are springing up on the outskirts of some towns — like small big-box stores — and Malta’s limited green space is getting paved over for parking. It’s just a matter of time before the little grocers, the vegetable trucks, the stationers and cafés and hole-in-the-wall bars with a max capacity of 20 have to start shutting their doors because chain retail is killing their business.

Cars are destroying this country. Kind of like how they did in Canada.

I’ve done interviews with experts on transportation here and the Maltese are well aware of the perils of runaway car culture. And there are efforts afoot to reverse the trend. More areas are being designated as pedestrian only. The government is putting the country’s first bus lanes in place right now. And they’re trying to sell people on alternate modes of transportation.

Unfortunately, at present, the alternatives aren’t that attractive. Crossing the street is a feat of derring-do and that makes walking anywhere a serious adventure. Cycling looks like suicide.

And as for the buses… mela…

The first few times we got on a Maltese bus, we were dazzled. An adult fare was just 1.50 Euro (that’s about $2.10 CAN) and the transfers were good all day. The buses were new and comfortable and had these digital readouts at the front that told you which way they were heading and what stop was coming up. The air conditioning was a welcome relief to the scorching September heat. Sure, they came five, 10 minutes late. Fifteen minutes off schedule, even. But once you saw the traffic you realized it was a miracle the buses made it to your stop at all.

Little did we know that the Maltese transit system is in serious crisis. In fact, “clusterfuck” would not be too strong a word to describe it.

Turns out, up until four years ago, Maltese buses were these old, brightly painted, art-deco vehicles. The drivers owned them. And they were very popular with tourists. Not so much with the people who live here.

So in 2011, Malta brought in an Italian company to take over public transit. Overnight, all new buses were put on the streets and the entire system of routes and schedules was changed. Not surprisingly, no one was happy. Of course there were good reasons to be grumpy. The Italian company put bendy-buses on busy routes, not realizing they couldn’t navigate some of Malta’s narrow, twisting streets. And the newspapers reported on faulty buses that were bursting into flames.

In response, after years of failed promises, Malta nationalized the system in January 2014. They rejigged the routes and put everything in a holding pattern while they regrouped. The next step comes in January of 2015 when they’re bringing in a Spanish company to take over. I’ll let you know how the change goes. People here don’t seem too optimistic.

I guess there’s a lesson in there about public-private partnerships, eh?

But you know, it keeps me from getting homesick that the problems I have with Malta — too many cars, an underachieving transit system — are the same ones I have with Regina.

I’m Sure Not Selling This Place

Seems I’ve used up my word budget on complaints about Malta and now I don’t have space to write about what I like. Typical.

I’ll try to sum everything up by telling you about Maltese desserts.

No matter what kind of pastry you order here — croissant, sugar cookie, muffin, doesn’t matter — you bite in and discover it’s been filled with fruit or chocolate or custard or ground almonds. On the outside it’s a thing you know and understand. The inside is a different story. The Maltese don’t do simple — whether it’s food or taking transit. It’s all rich with surprises. Malta may be tiny (the entire country is about twice the size of Regina, both geographically and population-wise) but every inch is crammed with awesome stuff. I’ve stood inches away from paintings by Caravaggio. I’ve rung a church bell that was forged just after the Second World War, and I’ve helped wind a 17th century gravity clock. I’ve eaten oranges plucked from trees planted by the Knights of Saint John. Nearly every day I drink the best coffee I’ve ever tasted. I’m living somewhere with palm trees at Christmas.

I love you, Regina. But I’m not rushing home.

4 thoughts on “Wish You Were Here”