Shad Does It Again

After fantastic albums like TSOL and The Old Prince, the fact that Shad’s Flying Colours is also terrific is hardly a surprise. The album is an intelligent and subtly wondrous reworking of the Canadian rapper’s aesthetic of old-school beats and good-natured, reference-heavy rhymes with a streak of social consciousness.

Flying Colours has a rich and varied sonic palette with burbling synths, old soul samples, and gorgeous string and piano arrangements all present at times. “Long Jawn” has a barely recognizable Röyksopp sample, while the club-banging early single “Stylin’” is hands-down the most fun track on the album. There’s also an agreeable guest turn from electro-pop star Lights.

The album’s standout moment abandons lushness for something rawer. “Progress” is a two-part hip-hop epic that shifts smoothly from near a cappella minimalism to mainstream rap beats to orchestral bombast in the space of two minutes. The thoughtful and clever lyrics come together to create a euphonic tapestry. “Progress” is Flying Colours’ flagship title, and a mission statement at the same time.

If there’s one blemish, it’s “Fam Jam” which sounds a little tinny and half-baked next to the album’s more accomplished tracks. Nevertheless, Flying Colours is an irreverent yet judicious record that continues the winning streak of Canada’s best rapper. Long may Shad reign.

You’ve sorted out the gimmick by now. Sleigh Bells make candy-coated pop-rock that sounds like it was recorded inside a hurricane of bees. Bitter Rivals is album three of bubblegum terror from Sleigh Bells, a.k.a. Derek E. Miller and Alexis Krauss, and this time the formula is tweaked a bit (someone’s been studying their pop star hooks!). But it’s still loaded for bear with the buzzsaw thrills that marked their previous efforts. Krauss still sounds like she’s ready to pop someone in the mouth with her Ring Pop-wearing fist (see: “Bitter Rivals”, “Sugarcane”), while occasionally taking a break to knock out something resembling alternate universe Janet Jackson (“Sing Like A Wire”) and Ace of Base (“Young Legends”). “I’m sending gummy bears to the electric chair,” sings the band. This duo have crafted another sugar-high album that’ll be played until it’s fried to a crisp. /Dan MacRae 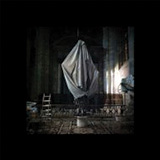 The late experimental filmmaker Stan Brakhage made a beautiful silent film not long before he died in 2003 called Panels For The Walls Of Heaven. The work is a hand-painted 35 mm film, brilliantly coloured and flickering, a moving, expressionist masterpiece. Something about Montreal-based ambient sound artist Tim Hecker’s new album, Virgins, recalls Panels’ balance of ecstatically beautiful colours and the film’s handcrafted materiality. A darkness informs both works, understandably for things addressing existential questions. For Brakhage, it’s his impending death; for Hecker, a collaborator with the likes of Godspeed You! Black Emperor, Martin Tétreault and Fly Pan Am, it’s the “theological aspirations of early minimalist music,” according to the press release. Virgins is more intimate and “tight” than his last album, the Juno Award-winning Ravedeath, 1972. If any of this sounds remotely interesting to you, go get your hands on this record. Right. Now. /Amber Goodwyn

The Head and the Heart
Let’s Be Still
Sub Pop

“I see a world turning in on itself. Are we just like hungry wolves howling in the night?” asks the Head and the Heart on “Another Story”. The Seattle folk band has a lot of generic concerns about politics and the way the world’s progressing on Let’s Be Still, their second full-length.

The Head and the Heart came out just as the new folk movement of a few years back was at its height. Their 2011 self-titled record got enough buzz around their hometown to get them signed to Sub Pop. This follow-up isn’t where the triple-headed lead singing monster of Josiah Johnson, Jonathan Russell and Charity Rose Thielen reinvent themselves, though (in case you were expecting that). Let’s Be Still is varied enough, dealing in sensitive folk, Alabama Shakes-styled dance stuff, even a slight touch of Eels-styled melancholy on the title track. Their real strength, though, is in the way the songs are written: the subtle layering on lead single “Shake”,  the swelling of album closer “Gone”. /James Brotheridge