She and Him plant a flag on mount blah

She and Him
Volume 3
Merge

Being the face of “quirky” must be quite the cumbersome yoke. For better or worse, Zooey Deschanel’s been anointed the high priestess of quirk. Heck, Fox even made a point to market her as *uncontrollable dry heaving* “adorkable” when New Girl was launching. She’s become a human-shaped “quirkiness” talking point. D’ya like Zooey? It’s cuz girl is quirky! D’ya hate Zooey’s guts and want to see her fall ukulele-first into a volcano? It’s cuz girl is quirky!

Is Zooey all that quirky? I don’t think so. I think she’s more “precious” than “quirky”. Same with her band. She and Him aren’t all that quirky, but they sure are precious. When Zooey (the “She”) and veteran singer/songwriter M. Ward (the “Him”) join forces as She and Him, they’re in the business of knocking out sunny slices of indie-pop that dissolve upon impact.

Volume 3 is a pleasant enough effort, but it’s not all that memorable. The tunes here sway in a polite and gentle manner so that they won’t overwhelm your dinner party or break your concentration while scrubbing burnt cheese out of a lasagna pan. The two opening numbers, “I’ve Got Your Number, Son” and “Never Wanted Your Love”, at least have a bit of spark to them, but things take a turn for the beige in a hurry.

This album is just weapons-grade dull, pulling from the softest bits of ’50s, ’60s and ’70s pop and bludgeoning them with blandness. What She and Him have put out is a boiled cabbage record with the occasional charmer (“Together” is a pretty li’l number bordering on groovy) trapped inside.

Being precious (or quirky for that matter) isn’t a bad thing. There are loads of awesome precious bands. Volume 3’s problem is that it’s oppressively dull. Ain’t nothing quirky about that. 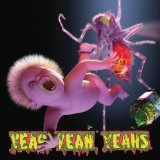 Of all the New York bands that got their start in the early aughts, the Yeah Yeah Yeahs stood out. Karen O was the ultimate rock and roll frontwoman: visually striking, emotive and totally original. Along with band mates Nick Zinner and Brian Chase, the trio was hell bent on pushing rock and roll somewhere new rather than exploring where it had already been.

On their fourth record, we hear flashes of their former selves (the taut dance beats of It’s Blitz and raucous anthems of Fever to Tell), but they’ve gone in a more ambient direction this time. The eerie minimalism on “Subway” sounds more like a movie soundtrack than a rock song. Aside from “Sacrilege”, with its gospel-choir climax, the album comes across as bloodless. There’s imagination here, but the songs don’t always connect on a visceral, gut level. /Gillian Mahoney

I don’t want to call anyone the head of the Goods; from the sounds of this record, they’re a democratic bunch with everyone pitching in an influence (and a son). To run down the roster, though, I’ll start with Dallas and Travis Good with their bandmates in the Sadies. They’re joined by their dad and uncle from the Good Brothers, their mom, and their cousin. The Good Family Album isn’t a joke –– everyone but the rhythm section gets a song or two to sing, with some songwriting help coming from family friends Daniel Romano and Blue Rodeo’s Greg Keelor.

Together, they all meet in their collective middle ground, like you do at any good family party. Dallas and Travis go more traditionally country than you’d hear  on their Sadies records, while Bruce, Larry and Margaret get some of the more rocking edge the younger generation brings with them. Though the album feels piecemeal — the songwriting is not all of the same quality or style — hearing them all play together is still electric. /James Brotheridge

Musicians don’t decide to change their recording name on a whim. Unless it’s spurred on by litigation, it usually implies a shift in their output big enough that continuing with the original name would be more confusing than helpful. But although Tambourine Death Bed sees Michael Feuerstack reverting to his given name after recording as Snailhouse for a decade and a half, there’s little to differentiate it from his previous albums. He explores the same gentle, morose acoustic territory as those records made under his alias.

Consistency isn’t a problem when the results are this decent, though. “Leave Me Alone” is an absolute heartbreaker of a duet, while the beauteous “Scorekeeper” hinges on glacial guitar sweeps and smooth sax.

Laying the Snailhouse name to rest seems to be more symbolic than functional, like Bill Callahan dropping his [Smog] moniker, but if that’s what it took to get Tambourine together and out there, the change is welcome. /Mason Pitzel