Robert Pollard, rock ‘n’ roll statesman, Guided by Voices frontman, and Goddamn music machine, has kicked off 2011 with three albums under three different band names: January’s Space City Kicks under his own name, February’s Waving at the Astronauts by Lifeguards, and The New Theory of Everything by Mars Classroom, which is being released tomorrow.

Let’s lay down a hypothetical where you don’t want to buy more than one Pollard-related album this year. (Which is crazy – the man is a veritable genius. But anyways.)

I don’t want to assume what you may or may not be looking for in your real-great rock LP. So, here’s a quick breakdown of these three records and which one wins out in each category.

Pollard has some great song titles in his catalogue; GBV classic Bee Thousand alone has gems like “Gold Star for Robot Boy”, “Kicker of Elves”, and “Demons Are Real”. Like his lyrics, a lot of Pollard’s song title’s use contrasting images to stab at some meaning and, of these three, “Man.Wine.Power!” is the most evocative.

Best Opening Track
Winner: Lifeguards’ “Paradise Is Not So Bad”

What’s already a great rock number – and Pollard almost always pulls out a great one for the first song on an album – becomes unforgettable, when “Paradise Is Not So Bad” reaches its breakdown. There, Pollard starts the line that the song grabs its title from, and you know this going to be a great disc.

A bit of baggage comes into this choice for me, as I’d say that Pollard’s best work has been the stuff he’s been bringing to his non-“Robert Pollard” projects. The albums under his own name for the past year or so have been a little scattershot. Lifeguards is cool enough, but sucks to Google until you add a “+’Robert Pollard'” in there. (Which is double-unfortunate, since it’s been a running project for Pollard and Doug Gillard.) Mars Classroom owns as a name and has no previous history for Pollard, meaning it’s a clean slate. 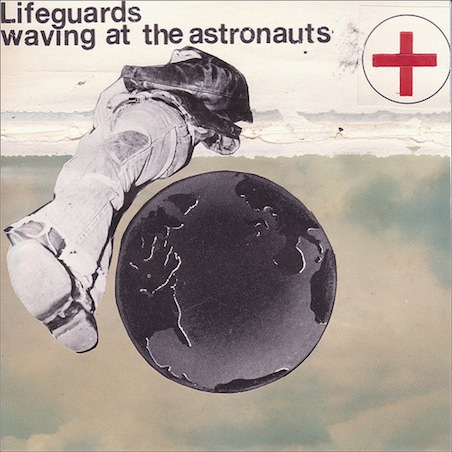 Pollard does the artwork for most of his releases with very, very few exceptions. The only ones that come to mind are the major-label albums like Isolation Drills and Do the Collapse, but I’m not positive on that. Certainly, most of his recent work has featured his collage album covers, and Waving at the Astronauts is a perfect example of when that goes right. Looking at it, you immediately know that it’s a Robert Pollard album.

Pollard definitely works in a similar mode for a lot of his songs, though I still find him to be a songwriter who works surprises into everything he does. His songs take directions that I simply wouldn’t expect them to. He works in a great American form – rock ‘n’ roll – without being afraid to run against what would be instinctive for other pop artists. “Woman to Fly” is unique in that it holds onto these habits of his while also being a song with a lot of atmosphere, obviously built up in the studio. It’s unique for Pollard, since his studio style often aims for the most direct rock-to-record translation.