Maybe this has been a big story for days and I’m just hearing it because the carrier pigeons only just now brought the Saskatchewan dispatches to Malta. But I’m going to post this like it’s news. 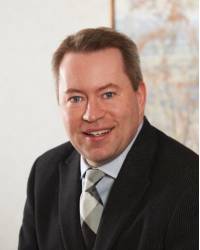 The new face of Dream??

So… I hear there was an internal e-mail sent out within city hall on Oct. 1 letting staff know that Jason Carlston, Executive Director of Community Planning And Development, will be leaving the upper echelon’s of the city to take a VP position with Dream (formerly Dundee) Developments.

Dundee-cum-Dream are the people who brought you such hits as Harbour Landing. And they are currently facing considerable roadblocks on their way to building another massive (430 hectare!) suburban development in the city’s northwest — Coopertown.

In fact, Coopertown is a thing Dundee-cum-Dream was hoping to start construction on right now but city hall, to its credit, put the project on hold for at least a year as they come up with a new development fee structure and look into a program to phase-in development of new neighbourhoods gradually over time (as opposed to just having a construction free-for-all).

So… Dog Blog readers, tell me what to think about this: The head of planning and development leaving to work for one of the city’s biggest developers.

UPDATE: Between the time I originally wrote this post and now, the L-P reported that Executive Committee has recommended approval for the Rosewood portion of the Coopertown development. The committee, which is made up of all members of council, did this despite the fact that city administration advised against approving the Rosewood development. —  that’d be the planning and sustainability arm of city admin that Carlston oversees (or whatever the fuck the department is called these days… seriously, city manager Glen Davies changes everything around like every 14 months or something).

Personally… as far as I can tell, Coopertown is bad, bad news. It’s basically Regina making it’s own, unforced Wascana-Village-style error in the northwest of the city instead of the south. It’s just us doubling down on old fashioned, car-focused sprawl that councils of decades in the future will to curse the existence of.

Sure, Dundee-cum-Dream claim Coopertown is going to be a complete neighbourhood with next-level urban planning but they said the same thing when they were getting Harbour Landing approved.

You tell me how that turned out.

Councillor Hawkins actually used the existence of Harbour Landing as a rationale for approving the Rosewood portion of Coopertown. You see, Dundee-cum-Dream’s Harbour Landing is far from a complete community therefore it’d be a double standard to deny Coopertown just because it’ll be similarly incomplete, he reasoned.

And Mayor Fougere said that all developments should be considered equally and as developments were approved in the past without transit access or guarantees for mixes of housing types, why should this portion of Coopertown be required to have all those crazy things?

In other words, we should treat developments brought forward now, under the new OCP, the same way we treated all those developments approved under the old, outdated OCP.

Using the new OCP would be unfair!

Translation: Same as above.

Seriously gang, why do we even do planning? And why did we go through the Design Regina process if council will toss all that work out the window on the thinnest of pretenses? 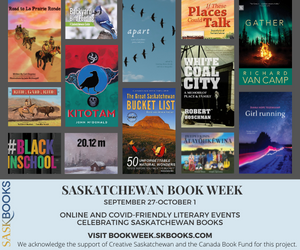