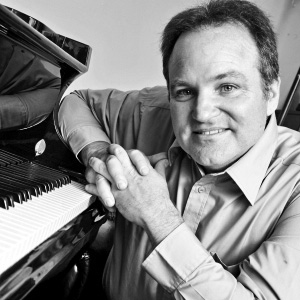 Scott is a Regina-based singer-songwriter set to launch his third CD, I Don’t Do Lazy Like That, with a show at the Artesian on April 7. Here are six songs he considers favourites. /Gregory Beatty

“Oscar Wilde Gets Out”
Elton John
The Diving Board (2013)

I feel like I could have chosen almost any Elton John song for this list. His songwriting  with Bernie Taupin remains truly remarkable. The piano hook is particularly engaging here and for me, the song-as-story harkens back to vintage ’70s lyrical narratives.

I have been a Sting fan for quite some time, and have seen him live several times. This song’s musical “arrangement” is quite dreamy, romantic even, which presents a most interesting juxtaposition to the pragmatic, no-nonsense lyrics. Like Elton John, Sting continues to write songs without compromise.

Japanese composer Hikari Ōe has a significant developmental disability. While his father is a wordsmith, Hikari can say but a few words. His songs are compact and interesting journeys. I have enjoyed this CD many, many times. No doubt there are layers from his story one could tell, but his music speaks the loudest among them.

I’m a bit of a jazzer and was instantly captivated by Laila’s version of Frou Frou’s song with this lifting lyric: “It’s alright, cause there’s beauty in the breakdown.” I have done yoga on my deck to this song (in summer). True story.

Music without a “best before” date. I love this piece in so many ways. I figured out the chords and wrote a song to Bach’s progressions.