How the Harper government’s anti-terrorism laws go too far 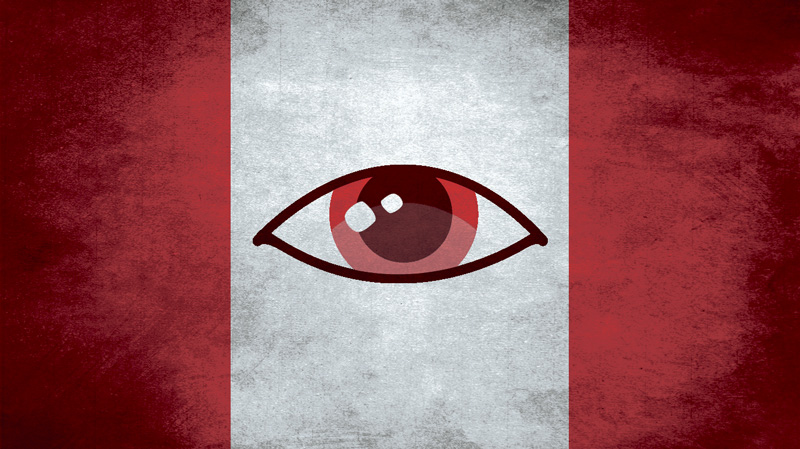 “Over the last few years a great evil has been descending over our world,” Prime Minister Stephen Harper said at a campaign-style event Jan. 30 in Richmond, Ontario where he announced his government’s intention to introduce Bill C-51 to protect the freedom and security of Canadians.

Keeping Canadians safe? That’s Harper’s stated purpose. But with an October election looming, the economy struggling, and the Conservatives showing signs of being well past their best-before-date, there’s plenty of crass politics at play as well, says Colleen Bell of University of Saskatchewan’s Political Studies department.

“It’s interesting that the opposition is so afraid to challenge the government on this,” says Bell. “Obviously, we’re in a political climate that’s very conducive to this kind of legislation which I’m not sure at other moments in history would have been tolerated so easily.”

Despite the Liberals and NDP’s wimpy response, a lot of critics have spoken out against Bill C-51 — including the Canadian Civil Liberties Association, the federal Green Party and the often pro-Harper Globe & Mail editorial board.

Bell points out that Canada already has laws against treason, sedition, espionage and other acts terrorists might commit. “What anti-terrorism legislation consistently does is get around the problem of meeting criminal standards of jurisprudence,” she says.

Under Canadian law, people accused of crimes have multiple protections. There are rules about when police can arrest, detain and interrogate suspects, and evidence has to meet standards.

Then there’s the ultimate requirement that the Crown prove its case “beyond a reasonable doubt” to get a conviction.

The point of these protections isn’t to keep criminals on the streets — it’s to keep innocent people out of jail.

Because the terrorist legislation’s focus is on preventing attacks before they happen, though, security agencies operate with much looser restrictions in investigating and thwarting potential threats.

But care needs to be taken to make sure security concerns don’t trump our civil liberties.

One criticism of Bill C-51, says Bell, “is that it criminalizes advocacy or the promotion of terrorism in general.

“There’s concern that’s going to have a remarkable chilling effect on people’s ability to talk about certain issues,” she says. ”Or even be able to utter support for certain organizations that the Canadian government believes are terrorist organizations.”

As the G&M observed in its editorial, Bill C-51 mandates CSIS to stop any “activity” that “undermines the sovereignty, security or territorial integrity of Canada.” Interference with “critical infrastructure” or Canada’s “economic or financial stability” are other no-nos.

Throughout its 10-year reign, the Harper government has had an antagonistic relationship with organized labour, environmentalists, First Nations, progressive charities, arts groups and others. Suppose indigenous activists disrupted a rail line to protest an issue, the G&M asked. Would that be terrorism under Bill C-51?

“What this legislation potentially does is provide police and security services with a lot of room to hone in and shut down activities that many of us would regard as civil disobedience,” says Bell.

Under Bill C-51, the threshold for arrest is lowered from a belief by security forces that a terrorist act “will” be carried out to “may” be carried out. And that’s a problem.

“There are lots of people who utter statements that might suggest violence against a government or a group of people,” says Bell. “But very few actually turn those comments into action.

“So are you criminalizing people’s thoughts?”

Broader wire-tapping powers will give security agencies greater latitude to monitor our private conversations and online interactions. Bill C-51 also expands the No-Fly list for people believed to be potential terrorists, and extends the time a person can be held without charge from three to seven days.

Assassination is verboten, as is committing bodily harm and sexual abuse. But outside of occasionally having to obtain a judicial warrant to authorize an interdiction, security forces pretty much have carte blanche to tackle terrorism — however that might be defined.

The Security Intelligence Review Committee provides civilian oversight of CSIS. Under Harper, though, SIRC’s become a patronage graveyard. Former MP Chuck Strahl, for instance, was forced to resign from SIRC in 2014 after it was revealed he was a registered lobbyist for Enbridge Northern Gateway Pipelines. Another Harper appointee, Arthur Porter, is an international fugitive wanted by the RCMP on fraud charges.

Adding salt to the wound is that many problems that are currently causing so much unrest in the world, and increasingly in Canada too, are being exacerbated by the government’s own reckless and mean-spirited policies.

“One thing to remember is that the neoconservative ideology of the Harper government is not conservative, but the very opposite,” says Shadia Drury, Canada Research Chair in Social Justice. “Conservatives love peace, order, and stability — sometimes at the expense of justice. But neocons love war, and will do anything, including using propaganda and manipulating public opinion, to create fear, even hysteria.

“Why do they love war? Because it requires discipline and self-sacrifice, and they fear that a liberal capitalist society has too much fun and self-indulgence, and that will make us soft and flabby and unable to defend ourselves against evil forces out there waiting to pounce.

“Also, war fits the simple-minded religious understanding of the world as a struggle between good and evil. Of course, we are always on the side of God. And that just feels so good.”

Canadians no longer tolerate bomb jokes in airports, Harper stated at his photo-op, and he saw no problem extending that prohibition against “terrorist” thought and speech to every square-foot of the country.

No word yet on whether we’ll be forced to remove our shoes and submit to full-body scans every time we turn around. But Bill C-51 is already chilling enough.

“There’s really important questions about what this means for civil liberties and free speech in a democratic country,” says Bell. “I think the government is hiding behind the idea that they’re protecting freedom and preserving Canada as a free country, and it raises the question of to what extent Canada actually is free given the amount of surveillance that’s already going on and the rising budgets of security agencies since 9-11.”

One thought on “Bending The Rules”