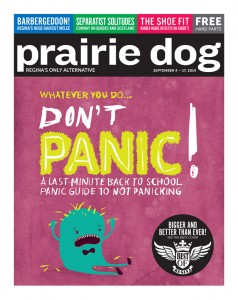 Do This, Not That, And Don’t Panic Higher education has its own set of rules. Here are some of them | by mostly Chris Kirkland with a little Stephen Whitworth READ

Welcome To The Pub Congrats on your legality. Now don’t be a dick about it | by Chris Kirkland READ

EDITORIAL Real Men Have Vaginas It’s the hair style, not the sex , that makes the barber | by Stephen Whitworth READ

QCC There Goes The Neighbourhood | READ